Zhuhai Wenyuan Middle School Cerulean Youth String Orchestra was established in 2004. Under the leadership of the conductor Guo Yang, the string orchestra has been undergoing a steady development. At the very beginning, there are only about 10 members, but in 2006 our orchestra, on behalf of Zhuhai, won the gold prize on the 2nd Chinese String Music Festival held in Macao. It was just two years past since the establishment.

In 2006, the Cerulean Youth String Orchestra grew up into an independent junior middle school youth string orchestra. The members are from Year 7-9. What’s more, most of them have never learned to play the violin before they came to our orchestra. However, under the teaching of Ms. Guo Yang, they can easily and quickly get the hang of the basic performance skills of playing the violin and those who learn quickly are the main part of the orchestra. The number of the steady members of the orchestra keeps at 60. 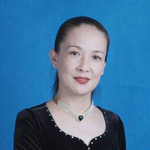 Ms. Guo Yang, a professional violin teacher, was born in Beijing and graduated in South China Normal University majoring in music education. Ms. Guo Yang had worked in Ningxia Nongken orchestra and Ningxia Yinchuan No.1 Middle School. Now she works as the senior music teacher in Zhuhai Wenyuan Middle School. She is also a member of the China Choirs Association, Guangdong Musician Association and Guangdong Violin Association respectively. She has won the award as the advanced teacher in Zhuhai.