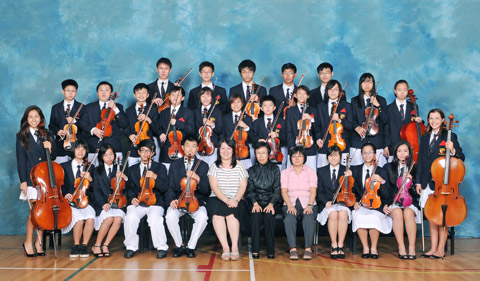 Our orchestra has grown and blossomed since its formation in 2006 under the baton of Mr Lim Soon Lee. It is still continuing to provide each member with unforgettable and invaluable experiences.

In 2011, we have had 2 overseas trip – one was to Barker College in Sydney, Australia for a music exchange programme (incl. a concert performance), workshop with the Head of Strings of Sydney Conservatorium Music; a music camp at Penang, Malaysia with Mr Lim Soon Lee.

The string orchestra is filled with young and enthusiastic musicians who aim not only to play better but also to perform better. With members from different year groups, there is better communication between different years and houses. The orchestra is a fun-filled CCA with various activities and our young musicians can feel proud to be part of this wonderful community. 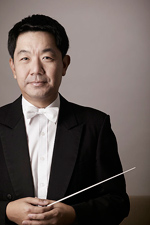 Lim Soon Lee joined the National University of Singapore Concert Orchestra in April 1994 as Music Director/ Resident Conductor. Under his drive and leadership, the Orchestra was inaugurated as the National University of Singapore Symphony Orchestra in September in 1995. His dedication to nurturing young talents in Singapore speaks for itself in his enthusiasm for undergraduates to have access to the arts and to pursue aesthetic development.

Soon Lee’s musical journey began at the age of eight with the piano and violin under the tutelage of Singapore musicians and instructors Goh Soon Tioe, Teo Kian Seng, Moses Wang and Vivien Goh. Under a Public Service Commission/ Singapore Symphony Orchestra Scholarship, he graduated in 1983 with a Bachelor of Music (Distinction) from the Eastman School of Music at the University of Rochester, New York, where he studies the viola under Atar Arad and Francis Tursi.

Soon Lee was the Music Director of the Singapore National Youth Orchestra from 2005 – 2010. He is currently the Associate Principal of String Performance at SOTA and the conductor of ACS (International) String Orchestra. He continues to live his passion for the development of the local youth music scene.