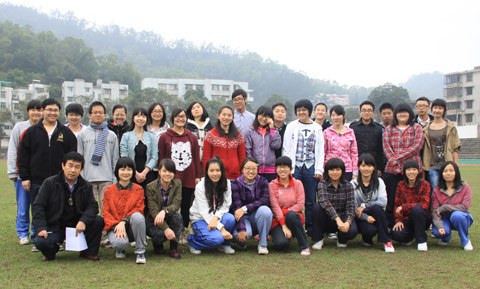 Zhuhai No.2 High School Red Kapok Choir was founded in 1996 and the choir develops steadily under the leadership of the conductor Mr. Shang Lihua. The choir provides a platform for the music study and the improvement for the art quality of the students. We firmly believe that Science ought to earn the favor from the God of Art and Education can never be complete without the education of music. With this belief in our minds, our choir has been undergoing a steady and smooth growth in the past years. Our choir won the gold award on behalf of Zhuhai in the 3rd National Children’s Choir Competition held in Yunnan, Kunming. During the past years, we have won national gold award for one time, provincial gold award for twice, and municipal gold award for about 12 times. The choir keeps a stable No. of 40-60 members. 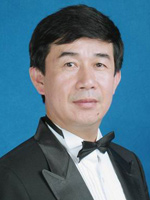 Mr. Shang Lihua has acted as an actor, performer, chorus conductor and orchestra conductor in the past thirty years on his pursuit of art education. Mr. Shang Lihua has been the instructor and conductor of Macau Yuet Wah College Wind Band ever since 1997 and led the band to take part in some large-scaled performances such as Hongkong regression and Macao regression. In addition, the band has also participated in the 2003 Macao International Orchestra Festival and the 2007 Macao Asia Pacific Orchestra Festival.