The Meriden Singers have long played a key role at Meriden School, where they regularly sing at assemblies, chapel services, concerts and special occasions. They are also active outside of the school, singing at many community events throughout the year. They have achieved outstanding recognition in choral competitions, including the ABC School Choir of the Year Awards in 2007 and the finals of the Australasian Choral Championships in 2010 and 2011. Sue Elliott, their conductor for the past 12 years, retired at the end of 2010 and in 2011 they have had two new conductors. Jodie Spooner-Ryan worked with Singers for a short time before leaving to have her third baby. Kelly Phythian recently took the reins and will be their conductor on tour of central Europe with performances in Germany, Austria and the Czech Republic. 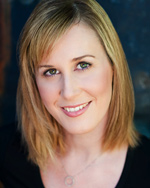 Kelly Phythian has always had a passion for singing, studying voice from an early age. After completing a Bachelor of Business and receiving the Vice Chancellor’s Scholarship, she was accepted into the Sydney Conservatorium of Music. It was here that she formalised her music training, graduating with a Bachelor of Music and, later, a Master of Teaching. Throughout her career she has always remained an active music-theatre performer, starring as Laurey in Oklahoma in 2006, and most recently undertaking the role of Maria in The Sound of Music. She worked as tutor to the Australian Girls’ Choir, where she instructed girls aged 8 to 18. Kelly has also been the Choral Director for the St. Scholastica’s College Choir, a 50-voice female ensemble, and the Santa Sabina College Glee Club. In 2011 she joined the music staff of Meriden School, conducting the school Choir, Intermediate Singers and Senior Singers.