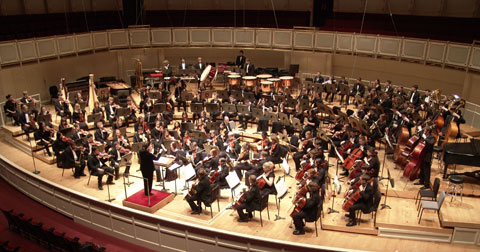 Celebrating its 56th year of excellence in arts education, Milwaukee Youth Symphony Orchestra (MYSO) has grown from a single orchestra of 30 in 1956 to become, by several measures, the largest and most extensive youth orchestra program in the United States. Serving more than 900 talented young musicians from as many as fourteen counties in southeastern Wisconsin, this award-winning program offers the highest level of training in ensemble musicianship to motivated young people from diverse backgrounds across southeastern Wisconsin and northern Illinois. Students with varied levels of instrumental skills benefit from the broad range of MYSO experiences, all created to foster talent, build character and enhance lives by nurturing an enduring love of music.

In 2005, MYSO moved into the acclaimed Milwaukee Youth Arts Center, a 56,000 sq. ft. state-of-the-art facility in Milwaukee’s historic Schlitz Park. This unique collaborative initiative between MYSO and First Stage Children’s Theater is also home to dance and vocal music training programs and is quickly becoming a national model for arts education, with a mission of using the arts to enhance all children’s lives. Several innovative MYSO offerings, prompted and made possible by the move, have received notable awards and recognition—locally, regionally and nationally—particularly for MYSO’s ambitious efforts in community partnerships to serve disadvantaged populations.

In 2008, MYSO was awarded the Wisconsin Governor’s Award in Support of the Arts for its outstanding contributions to Wisconsin, particularly in arts education. MYSO has also received the Northwestern Mutual Management Excellence Award by Milwaukee’s United Performing Arts Fund (UPAF), as well as UPAF’s awards for outstanding financial management and for education/outreach. MYSO is very proud to have been a semi-finalist and finalist in several different years for the United States National Arts and Humanities Youth Program Awards. MYSO is the proud recipient of numerous other awards from such organizations as Milwaukee Public Schools, the Marcus Center for the Performing Arts, the Sharon Lynne Wilson Center for the Performing Arts and Milwaukee’s Civic Music Association.

MYSO’s flagship ensemble is a full symphony orchestra made up of very advanced players, generally in the upper grades of high school. It has long been recognized as one of the nation’s top youth music ensembles, hailed for artistic excellence both nationally and internationally. In 2007, MYSO sent more than 100 members of the Senior Symphony to China for a twelve-day tour, including a highlight performance on the Great Wall. The Senior Symphony also completed a one-week tour of British Columbia and the Pacific Northwest in July 2009. These students perform under the batons of Margery Deutsch, Music Director, and Shelby Keith Dixon, Associate Conductor. 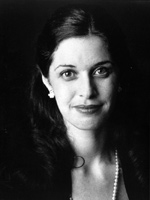 Ms. Deutsch has been the conductor and music director of MYSO’s Senior Symphony since 1987. She has served as Director of Orchestras and Professor of Conducting at UW-Milwaukee since 1984 and received the UWM Undergraduate Teaching Award in 1990. Prior to arriving in Milwaukee she was the Music Director of the Shreveport (LA) Symphony. She has worked with many professional orchestras including the Women’s Philharmonic (CA), Charleston Symphony, South Dakota Symphony, and Dayton Philharmonic and has guest conducted numerous choirs in the Milwaukee area. She has been a frequent guest conductor for the MSO’s Youth Concert Series and is in demand for all-state and district orchestra festivals throughout the country. Under her direction, the Senior Symphony toured China in 2007, and most recently, British Columbia in 2009; past tours include concerts in Austria, France, Switzerland,Italy, Spain, Canada (Quebec), Scotland, Carnegie Hall and the National Youth Orchestra Festival in Sarasota, Florida. She has studied at Aspen, Tanglewood, and the prestigious Academia Chigiana in Siena, Italy and has worked with Leonard Bernstein, Seiji Ozawa, Colin Davis, Thomas Briccetti, Sergiu Comissiona, Samuel Baron and Jan DeGaetani. She holds an MM in orchestral conducting, an MA in musicology and a BA in flute and vocal performance. She has served four terms on the Board of Directors of the League of American Orchestras’ Youth Orchestra Division. 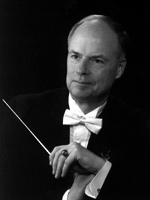 Mr. Dixon is the retired Director of Orchestras/Chairman of Fine Arts at Homestead High School in Mequon. Before going to the Mequon-Thiensville School District in 1975, he served as Choral Director at Deerfield High School, Deerfield, Illinois. For six years, he was Assistant Professor of Music at Alverno College in Milwaukee. There he taught the History and Literature of Music and was Musical Director of Theatre Alverno. Mr. Dixon has extensive background in brasses, keyboard and strings. He has served as Music Director of Milwaukee Players at the Pabst Theatre, conductor with the Sullivan Chamber Ensemble Orchestra, Musical Assistant with Milwaukee’s Music Under the Stars, Assistant Conductor of the Northwestern University Chapel Choir, and Interim Music Director of the Elgin (IL) Youth Symphony Orchestras. He holds both the Bachelor of Music Education and Master of Music in the History and Literature of Music from Northwestern University, Evanston, Illinois. He has taught on the music education faculty of Concordia University-Wisconsin and has served on the boards of directors of the Milwaukee Civic Music Association and Gathering on the Green. Mr Dixon has been a MYSO conductor since 1984.