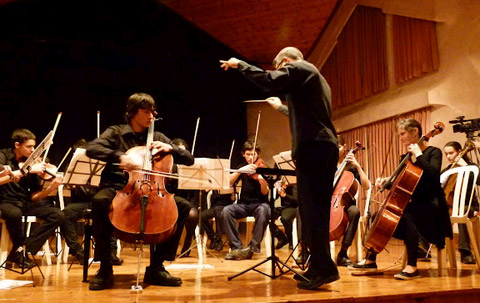 The orchestra, conducted by Zvi Karmeli, was founded in order to develop the Chamber & orchestral playing culture of bow instruments in the Galilee. The orchestra excels at high musical quality of each one of the musicians and places special emphasis on chamber work which radiates on the quality of the orchestral music.
A special place in the work of the orchestra is reserved for the musical and the human collaboration between Jewish and Arab youth. The orchestra focuses on performing classics and simultaneously exposes its members to Oriental music and classical Arabic. The Orchestra, to which musicians come from all over Galilee, meets once a week at the Center of the Arts in the Jezreel Valley and appears in concerts and cultural events in the Galilee, Israel and abroad.
In recent years the orchestra performed in Berlin at the establishment of a program "Encounters" (BEGEGNUNGEN 2005). Also appeared in Tel Aviv, Nazareth and the Jezreel Valley with the work "Stabat Mater" by Pergolesi, with the multi-cultural girls' choir "Shani". She also appeared in the Israeli Philharmonic Orchestra, together with the Youth Symphony Orchestra "Hochsauerlandkreis" from Germany. In summer 2011 the orchestra performed the concerto for piano and orchestra no.21 by Mozart as part of the summer seminar of the "Mifne" program.

Thanks to the Karl Kahane Foundation for financial support of the Galilee String Orchestra. 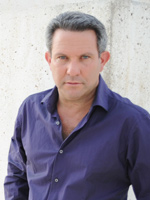 During the years as Principal Violist in Holland Carmeli studied the art of conducting at the Amsterdam Conservatory. Since 1996 He has been intensively involved in conducting large ensembles, chamber and symphonic orchestras.

In 2005 Zvi Carmeli was appointed chief conductor of the Universität der Künste - Julius Stern Institute Chamber Orchestra, Berlin - an orchestra with which he concertizes regularly in halls such as the Philharmonie Berlin and the UDK Grosse saal, as well as in tours through out Europe.

He is the Founder and Conductor of the Berlin Chamber Soloists, an ensemble comprised of a dynamic international mix of some of Berlin's finest young Musicians. The BCS has performed in prestigious festivals such as Emillia romagna, Le dieci giornate della musica Brescia and Festival delle nazioni, Citta di castello. In June 2006 The BCS performed a world premiere of "Bach to me", a revisiting of J.S. Bach 5th Brandenburg Concerto by jazz pianist and composer Cesare Picco. Followed by the release of the album "Bach to me" by the Berlin - Edel classics label. Carmeli and the BCS have collaborated with soloists such as Shlomo Mintz, Massimo Mercelli and Massimo Quarta.

Carmeli's activities have included  conducting the Soestenberg Festival Orchestra in Holland with violin soloists Julian Rachlin and Boris Kushnir, collaborating with violinist Ivry Gitlis as soloist with the "Collegium Musicum" Orchestra at Tivoli Hall, Copenhagen and conducting a production of "Pierrot Lunaire" by A. Schoenberg at the Tel Aviv Museum coupled by a National radio live broadcast from the Kfar Blum Festival.

He has conducted ensembles such as the Salzburg Chamber Soloists chamber orchestra at the "Chiari" Festival in Italy and the "Schubertiade" in Roskilde Denmark, the Caprizma Ensemble for modern music in Jerusalem and the Young Israel Philharmonic chamber orchestra at the Mann Auditorium Tel Aviv. In 2006 Carmeli conducted the Israeli Army Chamber Orcestra at the Palazzo Reale, Milano as a special event at the Omanut 2006 Exhibition in a concert celebrating Modern Israeli Composers.

In 2011 Carmeli will be a guest professor conductor of the Muenster Musikhochschule, conducting the symphony orchestra. 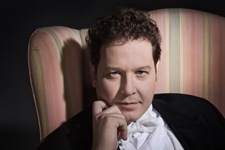 With his “fascinating musical personality and the beguiling beauty of his tone” (Frankfurter Allgemeine Zeitung), cellist Orfeo Mandozzi has captivated audiences throughout Europe, the USA, Canada, Asia and South America.

Orfeo Mandozzi, born in Ticino, made his debut as soloist after only four years of study as part of the Eurovision Young Musicians Competition. He has won first prizes at several international competitions such as the Johannes Brahms Competition (Austria), the Osaka Competition, the UFAM Paris, the Orpheus Competition (Switzerland) and the Illzach Competition (France).

Orfeo Mandozzi’s international solo career includes tours through nearly all European countries, the United States, South- and Central America and the middle East as well as radio-, television- and CD- productions. A prolific recording artist, Orfeo Mandozzi´s releases reflect his wide-ranging repertoire and include award winning solo and chamber music discs. His world premiere recording of the Fiala cello concertos alone sold over 4000 copies. Award panels have described his playing as “so captivating, one has to hold one’s breath” (pizzicato).

Orfeo Mandozzi has appeared in some of the world’s finest concert halls, including the Carnegie Hall New York, Wigmore Hall London, Vienna Musikverein, the Vienna Konzerthaus, the Cologne Philharmonic Hall, the Casals Hall Tokyo, the Auditorio Nacional Madrid, the Teatro Colon Buenos Aires and Tonhalle Zurich. The cellist is also in demand as a regular guest at festivals such as the Jerusalem Chamber Music Festival, the Vienna Festwochen, the Dubrovnik Festival, Prague Spring, the St. Petersburg White Nights Festival and the Lockenhaus Festival.

His highly acclaimed recitals are much sought-after and Mstislav Rostropovich said about his performance of the Boccherini Sonata that, “he has the most beautiful Italian cantilena I have ever heard“.

As well as being an exceptional performer of the standard repertoire, Orfeo Mandozzi works with many contemporary composers and is an advocate of forgotten repertoire (for example works by Nino Rota, Lalo, van Goens, Fiala, Malzat).