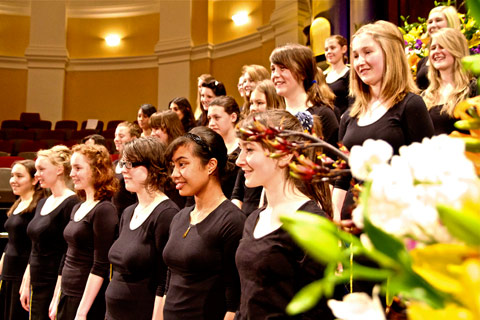 Cantala is the premier choir at Wellington East Girls' College in Wellington, a school that is well known for its passion for music, with multiple choirs and performance groups. The choir specialises in difficult pieces that can have up to eight harmonic parts and is the only ensemble attending the Festival from New Zealand in 2012. In 2010 Cantala were proud to receive a bronze award in a national choral competition, The Big Sing, one of only 18 selected from over 300 choirs across the country.

Brent Stewart, Choir Director and Head of Music at East Girls' College, is thrilled to be extending Cantala’s repertoire for the international stage. ‘Although the choir has grown in numbers, it is still the gem of the College, ‘ Brent says. The choir remains small, with 30 girls ranging in age from 13 to 17 travelling to Vienna, all of whom are passionate about music. ‘I am immensely proud of the girls, who never fail to rise to the challenges I set them, including the many practices each week'.
Cantala means ‘on wings of song’ and you may be forgiven for thinking you are hearing the voices of angels when listening to them sing. They are a favourite in their local community, performing at official functions at the Government House, the National War Memorial, local cathedrals and by invitation, at numerous corporate or private events.

You can view Cantala singing Niska Banja at the 2010 Big Sing Gala Concert online at www.youtube.com 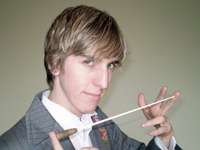 Cantala’s Musical Director Brent Stewart, studied performance percussion and conducting at Auckland University and Victoria University of Wellington. Stewart holds a Bachelor of Music with 1st Class Honours and is the Head of Music at Wellington East Girls’ College. Alongside his teaching, he is the Principal Conductor of the Hutt Valley Orchestra and the Sub-Principal Percussionist of Vector Wellington Orchestra. He has studied conducting with Dr Karen Grylls, Elise Bradley, Kenneth Young, Simon Halsey and Pietari Inkinen.