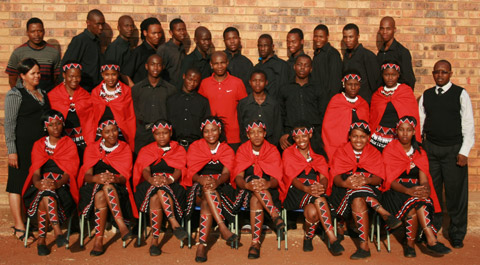 The managing director and the treasure of this choir are both educators at Sakhile Primary School and have been involved in choral music with Sakhile Primary School Senior mixed choir since 2001. This passion and inspiration of choral music led the two to commence the youth choir. In 2005 they gathered all former choristers of Sakhile who were then at the neighboring secondary schools to sing in the emerged youth choir, then in the same year the choir participated at Duduza Arts Festival and that is where the choir met Mayibuye Theatre which was rendering poetry, and the two groups merged and came up with the name Mayibuy’ ISakhile Youth Development.

The organisation is composed of 40 members, 7 Executive committee members and 2 parents that act as additional members in an Executive Committee. The motto of the youth group is: “Come let’s dig your talent”

Since the choir was established we have attended many music completions in choral music, gospel music and traditional music. As we are well known now, we have started our own concert competition in 2009 that we run every year towards the end of the year. We have already hosted twice and it grows fast as we plan to have it for two days next year because of the number of groups attending the competition. In 2010 we were funded by the Gauteng Department of Sport, Arts, Culture and Recreation to improve our annual event.

In 2011 we participated in Sivumingoma Music Competition that was organized by Gauteng Department of Sport, Arts, Culture and Recreation in partnership with Gauteng Department of Education. The competition started from Regional till Provincial level. In Regional competition we got position 1 in all three categories we entered. In Provincial we managed to get two positions 1, one position 2, one position 3. We became the Provincial champion of Sivumingoma and we got the overall prize and the trip to overseas this year. 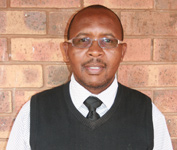 He then studies at East Rand Collage of Education in KwaThema  Gauteng Province and obtained a SPTD in 1992. He started teaching at Sakhile primary school from 1993 till to date.

He is a former Bonisudumo Choristers Tenor singer, under the leadership of Ludumo Magangani he participated in the 500 voices music Festival in Newfound land in 2003. While he was still in Bonisudumo he performed in the MASS Choir Festival in the AFM Church Choirs.