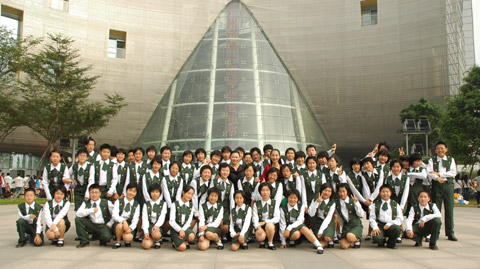 The Choir of Yucai Experimental School was founded in 2003 and since then it has become a distinguishing feature of this school. The choir has not only fostered a considerable number of children who have a deep love for music, but also enriched the campus life. When Guangzhou is a city with a long history of chorusing, the choir of Yucai Experimental School has been displaying impressive vigor as a new group and it claimed three successive championships in the Middle School Choir Competition in Guangzhou in 2003, 2006 and 2010. In 2007, the choir was even invited to give a performance on the Ceremony of celebrating the 10th anniversary of the Return of Hong Kong and Golden Chinese Redbud Get-together Activity and they won the gold award as expected. Along with that, in the July of 2008, they participated in the fifth World Chorus Competition held in Graz, Austria and finally returned successfully with a silver award. 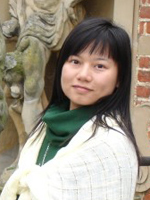 Guan Shumei, graduated from the Music Institute of South China Normal University in 2004. She majored in choir conductor and was instructed by Professor Su Yanhai, one of the most outstanding choir conductors in China. During her college period, she accumulated conducting experience in Senior Actors Choir of Guangzhou, Guangzhou Choir and other famous choir team. During her conducting career, Ms. Guan achieved lots of awards. For instant, in the April of 2006, she was recommended by Guangdong Chorus Association to attend the First Choir Conductor Competition in China and won the second prize of it. She was also awarded Excellent Conductor Prize in the Guangzhou Schools Chorus Festival.

Accompanist: Zhou Xiaoke, graduated from the Music Department of Central China Normal University in 2002 with a B.A. Degree. She majored in piano and dance. In 2005, Ms. Zhou won the champion in the 4th Music Teachers’ Basic Skills Competition in Guangzhou and got the Excellent Accompaniment Prize in the 10th Guangzhou Schools Chorus Festival in 2006. And in the next year, she won the honor of Prominent Advisor in the Ceremony of celebrating the 10th anniversary of the Return of Hong Kong and Golden Chinese Redbud Get-together Activity.