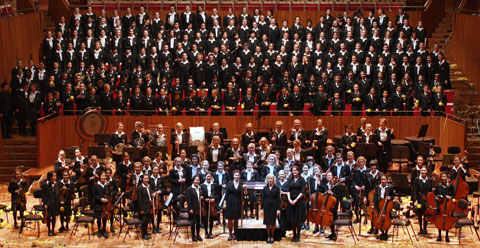 Music is an important and integral part of student life at Abbotsleigh and the school has the reputation as being one of the leading Music Schools in Australia.  The Senior School has a 60 piece Orchestra, 2 Concert Bands, a 190 voice Choir, Brass Ensemble, String Ensemble, Vocal Ensemble, Jazz Ensemble, Chamber Choir, Senior Strings, String Quartets and Piano Trios. In total there are up to 20 ensembles rehearsing in any school week and over 450 girls learning instruments at the school. The highly qualified Music staff comprises the Director of Music, 4 academic staff, Convenor of Instrumental Music, Music Secretary and School Organist and over 30 peripatetic teachers. A large number of students also study Music for their final examinations, and the school has had great success with students being placed 1st, 2nd and 3rd in the state of New South Wales.

For this tour, a newly created Chamber Orchestra and Choir was formed from students who were members of the school Orchestra or Choir. The 2012 Abbotlseigh Music Tour comprises one part of a very busy performance calendar within the Music School and is sure to provide the students with a unique musical experience. 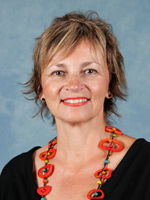 Royna McNamara is a graduate of the Conservatorium where she was awarded the prize for the most outstanding final year student. In 1991, she completed a Masters Degree at Sydney University and during the final year of this degree was awarded a scholarship to complete study in the area of Music Performance Practices. Having completed a conducting course with Jerry Nowak, she continued to expand her repertoire by conducting church, school and semi – professional ensembles. She has conducted numerous concertos including Grieg’s A minor Piano Concerto, Rodrigo’s Concerto de Aranjuez, Tchaikovsky’s Piano Concerto Op 23. No 1 in Bb minor and Beethoven’s Piano Concerto No 1 in C Major with some of Sydney’s leading performers including, Clemens Leske, Joshua Tsai and Simon Tedeschi. Since her appointment as Director of Music at Abbotsleigh, she has directed numerous International Music Tours, conducting in prestigious venues such as Notre Dame -Paris, St Mark’s – Venice, Canterbury Cathedral, and Lambeth Palace and Sydney Opera House, to name but a few. As a highly skilled Music Educator, Royna’s expertise has been utilised as an HSC examiner, guest lecturer, mentor and member of syllabus and examination committees.