The Meriden Symphony Orchestra was formed in late 2008, adding younger players to the existing Senior Orchestra to become a complete orchestral ensemble. It is a very young group with players as young as 12 and an average age of just 16. It has developed a passion to tackle major orchestral works and challenges not often attempted by school orchestras. Recent performances have included Mars from The Planets by Holst, Bizet’s Carmen Suite No.1, Khatchaturian’s Spartacus ballet suite and the complete Symphony No.9 in E minor “From the New World” by Dvorak. They toured China and Singapore in 2009 and in June 2012 will give a concert in Sydney Town Hall for the school’s 115th before departing for their tour of central Europe with performances in Germany, Austria and the Czech Republic. 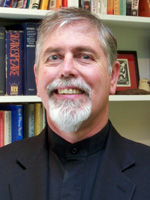 Their conductor is David Slater, an Australian composer, conductor and music educator. He studied composition at the University of Sydney and later moved to Germany to take up scholarships for further studies in music. On return to Australia in 1980 he became conductor of a number of groups in Sydney and Canberra, including New Music ensembles, chamber orchestras specialising in Baroque and Classical repertoire, and theatre orchestras. His compositions have won numerous commissions and awards, twice being short-listed for Australia’s most prestigious composition prize.

He lectured at the Canberra School of Music at the Australian National University and became Head of Music at a leading Canberra independent school. On moving to regional New South Wales he founded the music department in a new college and established the North Coast Camerata and the Coffs Harbour Regional Youth Orchestra. He later went on to conduct the String Orchestra of the Gold Coast Youth Orchestras while working as Head of Music at an independent college in Queensland, before returning to Sydney in 2008 as Head of Music at Meriden, one of Australia’s oldest girls’ schools. For his conducting he has won the Symphony Australia Prize, the National Prize of the Orchestras of Australia Network, and received nominations for Australia Day awards.