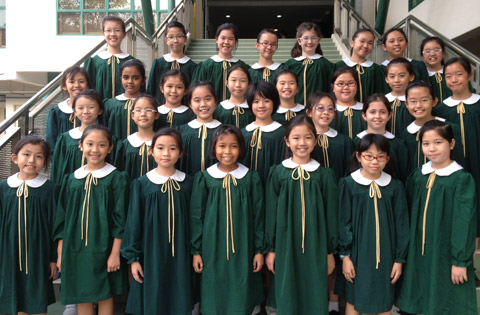 The St Margaret’s Primary School Choir comprises girls aged 8 to 12 years. The choral programme is one of the co-curricular activities offered by the school. The girls rehearse twice a week and perform in both school and external functions.

Among others, recent awards include a Gold in the 2012 Singapore Youth Festival Central Judging. In 2011, the choir was awarded Distinction in the Associated Board of the Royal Schools of Music Choral Examination - Intermediate Level.

This is the choir’s third trip abroad. In 2008, the choir performed in the 19th Australian International Music Festival. In 2009, the choir participated in the 1st Winter Choral Festival, Hong Kong Disneyland Resort. They were the only children’s choir to obtain a Gold award at both of the festivals’ adjudication.

The choir's repertoire is colourful and varied, supported by solid technical skills and tasteful musical interpretation. Performing with the exuberance of youth, they are a delight both on and off stage. 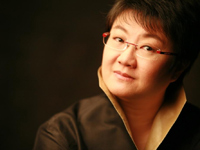 Ms Lim Bee Na has been the conductor of the St Margaret’s Primary choir since 2000. She first started out as a teacher but her passion for teaching children to sing subsequently spurred her to pursue a full-time professional career in choral conducting. She graduated from the University of Western Australia with a degree in Music Education and subsequently has played an active role in nurturing many children choirs. Under her baton, the choir won the gold award in the Australian International Music Festival in Sydney (2008) and was invited to sing in the Command Performance. In 2010, the choir won the top prize in the Hong Kong Winter Choral Festival for Children Under 12 category.

Ms Lim’s love for music and choral singing takes her beyond the rehearsal room. In addition to choral conducting she also conduct workshops for classroom teachers both locally and overseas. She also plays a consultant role in helping primary schools design and develop their music curriculum.