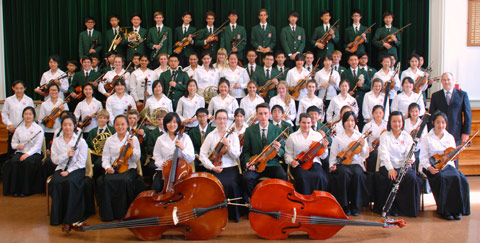 The Westlake Symphony Orchestra is the senior full orchestral ensemble comprising students from Westlake Girls' and Boys' High Schools on the North Shore of Auckland, New Zealand's largest city. The orchestra plays a range of works from full symphonic repertoire to lighter music, and particularly enjoys performing the works of New Zealand composers. Over the past two decades the orchestra has won more gold awards at the KBB Music Festival than any other orchestra. It has also won the award for the Most Outstanding Performance by a Symphony Orchestra numerous times, as well as the award for the Best Performance of a New Zealand work for eight of the past nine consecutive years. On the international stage, the orchestra has won gold awards at both the Pacific Basin Music Festival in Honolulu, Hawaii, and the Sydney International Music Festival in Australia. It also participated in the Banff Orchestra Festival in Canada. The orchestra has undertaken workshops with guest conductors such as Tecwyn Evans, Uwe Grodd and Rupert de Cruze, and it enjoys a close relationship with the Auckland Philharmonia Orchestra, their professional players providing tuition to the students and assisting with workshops. A highlight of the year is the annual proms concert, where the orchestra hosts a British themed evening that is enjoyed by many people from the local community, and features senior soloists from the two schools who perform concerto movements with the orchestra. 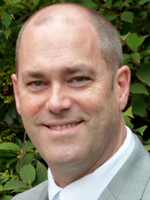 David Squire (PGDipMus, BMus, DipTchg) has been musical director of the Westlake Symphony Orchestra for 13 years. He is also the musical director of the New Zealand Youth Choir and several secondary school choirs in Auckland. He completed his music education at the University of Auckland where he studied conducting with Karen Grylls and Juan Matteucci, and composition with John Rimmer and John Elmsly. David is a conducting mentor for the New Zealand Association of Choral Directors. He has been the assistant musical director of the New Zealand Secondary Students' Choir, founding musical director of the Auckland Youth Big Band and a live performance reviewer for Radio NZ Concert. He is often involved in session and recording work, particularly as a conductor, adjudicator, clinician and singer, including a tour with George Benson as backing vocalist in 2010. He has been the choral adjudicator and clinician at the Rhapsody Rotorua festival for four consecutive years. He presented workshops at the 2009 Sing Aotearoa Festival and the 2010 International Summer School of Choral Conducting, where he was a mentor and tutor. In 2011 he directed training workshops for choirs singing the anthems at the Rugby World Cup, and then conducted anthem choirs at seven matches. In 2012 he was a mentor and workshop presenter at the inaugural ACD Choral Connect convention. In March 2011 he was awarded a New Zealander of the Year Local Heroes Medal for services to music education.