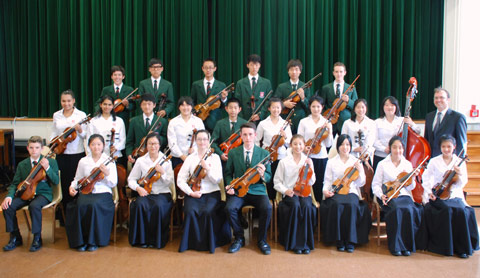 Westlake Chamber Orchestra is made up of the leading string players from the Westlake Boys and Girls High Schools on Auckland' North Shore. They have had many past members go on to study performance music at tertiary level both in New Zealand and overseas. The group has won many awards over recent years including Most Outstanding Group in the Chamber Orchestra section in four of the last six years' KBB Festival of Orchestras and Bands in Auckland New Zealand. . The group has a strong history in commissioning new works for string orchestra from New Zealand composers and on this tour they present two works by well known, exciting young New Zealand composer, Alex Taylor.

Their Music Director is Mark Bennett, a violinist with Auckland Philharmonia Orchestra and they are led by their concertmaster Olivia McNeill. 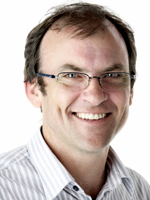 Mark was born and raised in Auckland, New Zealand. He studied violin at Auckland University with David Nalden before gaining a Royal Schools Scholarship to study for three years at the Royal Academy of Music in London. Following his study he worked for several years as a London freelancer working with many of the famous London Orchestras, West End Shows and pop artists before returning to Auckland to take up a position with the Auckland Philharmonia Orchestra. Mark is involved in various musical pursuits such as tutoring at community music courses around NZ , coaching chamber music groups and teaching violin and viola. Mark is concertmaster of the orchestras "Bach Musica" and also "NZ Pops Orchestra" and he is an Artist Teacher at the School of Music, University of Auckland.