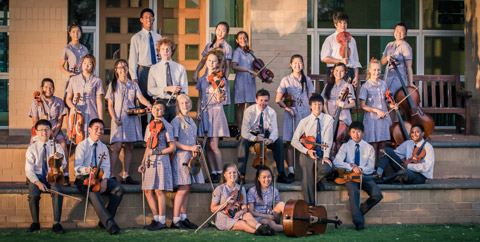 Located minutes from the beautiful coastline, Hale School and St Mary’s Anglican Girls’ School are situated in Perth, the capital city of Western Australia. Hale School was established in 1858, only 29 years after the foundation of Western Australia, making it one of the oldest independent boys’ schools in Perth. St Mary’s Anglican Girls’ School was established in 1921 and is one of Perth’s most highly respected independent schools for girls. Both schools are Anglican day and boarding schools that provide a holistic, rich and rigorous education to students from Junior to Senior School.

Music is greatly valued and celebrated at Hale and at St Mary’s. With curricula that engage many young singers and instrumentalists, each school has a well-established and flourishing Music programme of its own that embraces Western Art Music, Jazz and Contemporary styles. As an extension to these programmes, Hale and St Mary’s have a long-standing musical relationship that encompasses combined String Orchestras, Concert Bands and a Mixed Choir.

The Hale St Mary’s Camerata is a senior string orchestra that rehearses weekly under the direction of Ms Elise Chong and Ms Amelia Peachment. The members range from ages 13 to 17. The orchestra enjoys a busy concert schedule with performances at both schools, including Music Under the Stars and Concerto Night. Camerata has also previously toured Singapore and Malaysia in 2006, 2008 and 2010. 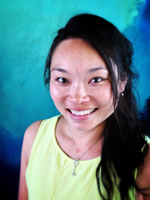 Perth born Elise Chong has led the String Programme at Hale School since 2006. She is a passionate music educator and delights in the variety her role brings, from working with beginner Year 3 string players, to the most advanced, senior Year 12 students.

Elise has previously taught cello at many private schools in Perth, and held string specialist positions at Perth College and St Hilda's Anglican School for Girls.

As Head of Strings at Hale School, Elise has conducted numerous string ensembles on tours throughout Australia, Singapore and Malaysia. She is enthusiastic about string teaching practice and has had the pleasure of watching former students become her colleagues in the music profession. 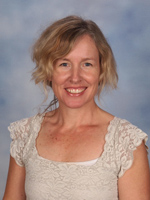 Amelia Peachment studied viola at the University of Western Australia and at the West Australian Conservatorium of Music. As a student, she toured with the Australian Youth Orchestra to Japan and to New Zealand with Camerata Australia. Amelia has always combined teaching with performing, being a part of number of orchestras including Australian Classical Era Orchestra, Sydney Philharmonia and the Australian Brandenburg Orchestra. Whilst playing in the Brandenburg Orchestra, she toured nationally and recorded with them their Aria Award winning CD, Handel’s Concerti Grossi Opus 6.

Amelia lived in Melbourne for many years where she worked as the Assistant Curator at Australia's only autobiographical music museum, the Percy Grainger Museum at the University of Melbourne.

Since returning to Perth she has been employed as the Strings Specialist at St Mary's Anglican Girls' School. This diverse role incorporates a wide variety of orchestras and ensembles where she conducts, plays and directs her students. She continues to freelance as a musician and currently plays in a string quartet.