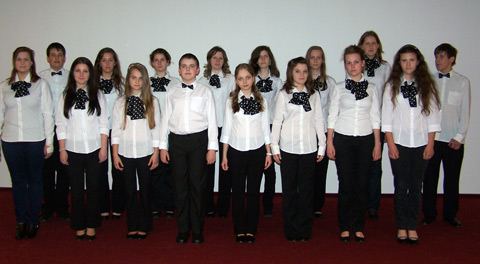 Pressburg Singers is a choir that was established in March 2004 in Bratislava. Its founder, artistic director and conductor is Janka Rychlá. A well-known opera soloist, Anna Starostová cooperated with the choir as a voice pedagogue.
The ensemble is divided into several sections according to age and artistic level. The repertoire consists of sacred and secular compositions of native and foreign composers of all style periods.
The Pressburg Singers appeared in many successful concert performances in Slovakia and abroad as well. Just a brief list of the most significant: participation at Milka Trnina International Music Festival in Ivanič-Grad, Croatia (2004), Zámocké hry zvolenské International Music Festival (2005), Musica Angelica International Music Festival of Sacred Music in Brandýse nad Labem (2005), Alpen-Adria-Advent (festival) in Graz, Austria (2006), FSU International Festival of Choral Singing in Jihlava (2007), Choir Festival of Visegrád Group Countries in Warsaw (2007). The choir also performed in the Swiss Luzerno (2007), Viennese Karlskirche (2005) and Stephansdome (2011). In 2007 it embarked on a tour of Italy (Forli, Bologna). In 2012 the choir participated in performing The Liverpool Oratorio by Paul McCartney (with Walter Atanasi conducting). The choir managed to perform with him at several places in Slovakia, including Pohoda Festival in Trenčín. The choir cooperates with the leading opera artists (Miroslav Dvorský, Jozef Kundlák, Peter Mikuláš and others).
The list of the most notable successes includes the first prize in the category of chamber choirs, the second prize in the category of children’s choirs at Musica Sacra 2006 in Bratislava and the second prize in the Treble voices category at the fifth year of a reputable competition, Summa Cum Laude International Youth Music Festival 2011 in Vienna, where it performed in the final concert of winners in the Golden Hall of Viennese Musikverein.

The members of Pressburg Singers appear/appeared in several inscenations of the Slovak National Theatre Opera, in the opera Boris Godunov by Mussorgsky (SND 2008, conductor Stephan Lano), in a concert performance of Hry o Márii by Bohuslav Martinů (SND 2009, conductor Jaroslav Kyzlink), in the inscenation Kominárik, an opera by Benjamin Britten (SND 2010, conductor Pavol Tužinský), in the opera Bohéma by G. Puccini ( SND 1/2014, conductor Friedrich Haider), in the opery Pique Dame by Peter. I. Tschaikowski (SND 5/2014, conductor Rastislav Štúr).
In 2013 ( May) they studied the world premiere of Oasis, an opera by Tsippi Fleischer in English (SĽUK theatre, conductor Janka Rychlá) and premiére after the 200 years – MISSA SANCTAE CAECILIAE in C by Anton Zimmermann with cooperations the orchester Musica Aeterna (November 2013,conductor Peter Zajíček). 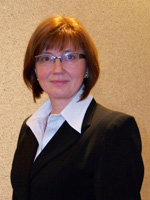 Janka Rychlá studied the piano at the Zilina Conservatory (1974 – 1980, Eva Kudjová) and conducting at the Academy of Performing Arts Bratislava (VSMU), (1980 – 1985, Peter Hradil).
During her studies she participated in the educational programme in Paris for one term (1983 – 1984) where she studied polyphonic music under Philipp Caillard and completed a conducting course under Eric Ericson, a world-famous choirmaster.
After graduating from VSMU she worked as a choirmaster and artistic director of the Children’s and Youth Choir of the Slovak Radio in Bratislava (1984 – 2003). With this ensemble she helped popularize Slovak culture at concerts, festivals and competitions at home and abroad as well (France, Spain, Germany, Portugal, Austria, Italy). At the same time, she worked as a répétiteur (1985 – 1986) and choirmaster (1989 – 1990) of the Slovak Philharmonic Choir and she cooperated with choral ensembles in Slovakia and abroad (Chorus Salvatoris, Tempus Choir). She finished conducting courses in France. In July 2003 and 2006 she worked as a choirmaster in the European Academy of Choral Singing in Pyrenees, France.
Since 2004 she has been a conductor and artistic director of Pressburg Singers, a choir ensemble with whom she regularly appears at concerts, festivals and competitions at home and abroad (Croatia, Austria, Italy, Switzerland, Poland, Czech Republic). She is a member of the jury at the International Choir Festival in Jihlava and represents Slovakia as a chairman in the International Young Choir Festival Summa Cum Laude. In 2012 she was an artistic director of the Prievidza Sings International Choir Festival (Prievidza spieva). Since 2008 she has externally cooperated with the Slovak National Theatre Opera. She musically participated in the inscenations of Boris Godunov by Mussorgsky (2008), Hry o Marii by Bohuslav Martinú (2009) and Kominárik (2010), a children’s opera by Benjamin Britten, in the opera Bohéma by G. Puccini (2014), in the opera Pique Dame by Peter. I. Tschaikowski (2014) In 2013 she studied the world premiere of Oasis, an opera by Tsippi Fleischer in English and premiére after the 200 years – Missa Sanctae Caeciliae in C by Anton Zimmermann with cooperations the orchester Musica Aeterna (conductor Peter Zajíček).

She is also pedagogically engaged. Since 2011 she has been working at the Department of Puppetry of the VSMU’s Theatre Faculty – technique of song, and choir.