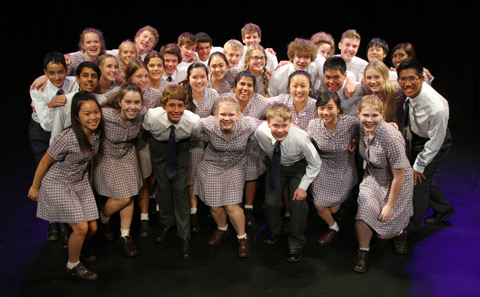 Located minutes from the beautiful coastline, Hale School and St Mary’s Anglican Girls’ School are situated in Perth, the capital city of Western Australia. Hale School was established in 1858, only 29 years after the foundation of Western Australia, making it one of the oldest independent boys’ schools in Perth. St Mary’s Anglican Girls’ School was established in 1921 and is one of Perth’s most highly respected independent schools for girls. Both schools are Anglican day and boarding schools that provide a holistic, rich and rigorous education to students from Junior to Senior School.

Music is greatly valued and celebrated at Hale and at St Mary’s. With curricula that engage many young singers and instrumentalists, each school has a well-established and flourishing Music programme of its own that embraces Western Art Music, Jazz and Contemporary styles. As an extension to these programmes, Hale and St Mary’s have a long-standing musical relationship that encompasses combined String Orchestras, Concert Bands and a Mixed Choir.

Hale St Mary’s Cantate is a senior choral group consisting of boys from Hale School and girls from St Mary’s Anglican Girls School. Formed in 2002, the focus of this choral programme is to engage singers in excellent choral training and in exploring a variety of SATB choral works. Our singers, aged between 13 and 17 years, look forward to coming together each week to work with their directors, Mrs Su-Lyn Chong and Mrs Lynette Taylor.

Each year, Cantate is involved in a busy performing calendar that includes singing Evensong and Carols at St George’s Cathedral in Perth, along with many concerts at both schools throughout the year. In 2005, 2007, 2009 and 2011 Cantate toured the UK with a programme of challenging repertoire. Cantate performed in the magnificent churches and cathedrals of York, Oxford, Eton, Chichester and Lincoln, concluding each trip with singing Evensong in London’s Westminster Abbey. 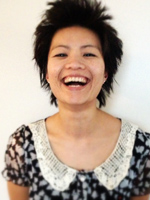 With a passion for Music Education and Choral pedagogy, Su-Lyn thoroughly enjoys working with young people in a positive and dynamic environment. After completing her Bachelor of Music Education (Hons.) at the University of Western Australia, Su-Lyn taught at Methodist Ladies’ College for six years, with her final years as the Assistant Director of Music. She then moved on to Iona Presentation College as Director of Music for four years before joining the Music Department at Hale School in 2007, where she is now Director of Music.

In previous years, Su-Lyn has also freelanced as a Music Educator and Choral Specialist; conducting workshops, adjudicating at festivals, lecturing at universities, directing school and community choirs, teaching piano and conducting, and co-authoring “The Opera and Music Theatre Resource”. Her choral conducting training with Margaret Pride, as well as opportunities to work with Rodney Eichenberger and Christopher Kiver, continues to inspire her in all her choral work.

Along with co-directing the Hale St Mary’s Cantate, Su-Lyn directs the Junior, Middle and Senior School Choirs at Hale School. She also has the pleasure of teaching Middle and Senior School Music classes and has been the Musical Director for productions such as “Guys and Dolls”, “Singing in the Rain” and “Godspell”. Su-Lyn enjoys touring with choirs and has done so within Australia, New Zealand, Singapore and the UK.

Su-Lyn believes that every child should be given opportunities to sing with joy, confidence and pride; and she is grateful to be able to share her love for music and singing with her students. 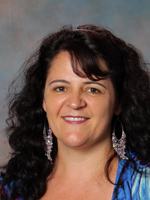 Lynette Taylor was born in Perth, Western Australia. She studied Music Education at the University of Western Australia where she majored in Classroom Music and Vocal Teaching. Lynette has been the Choral Specialist at St Mary's Anglican Girls' School in Perth since 1996. She directs two chamber choir ensembles, a large choir of 70 girls, and is the co-director of Hale St Mary’s Cantate.

Lynette has taken part in many choir tours both as a singer and conductor. As a student she was given the opportunity to tour with the University Collegium Musicum as a choir member and soloist when they travelled to South East Asia. More recently, Lynette has co-conducted the Hale St Marys Cantate and toured with them to England on four occasions. The ensemble has performed in many prestigious cathedrals in England, including St Paul’s Cathedral, York Minster, St George’s Chapel Windsor Castle and Westminster Abbey.