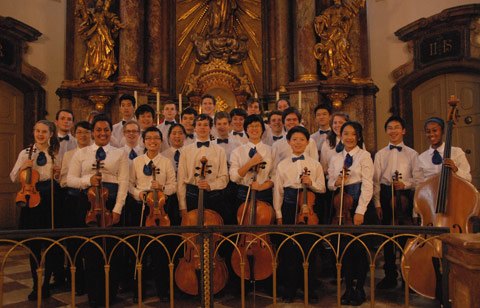 Huntingtower is a co-educational primary and secondary school in Melbourne, Australlia, interested in promoting performance excellence in music. Many of the students continue to study music at tertiary level and have outstanding careers and others continue performing whilst involved in other tertiary courses and some ex-students remain as touring members of the Huntingtower String Orchestra playing with current students.

Huntingtower orchestras and ensembles have won many first prizes in ensemble sections at several large Melbourne eisteddfods since 1992. Members of the orchestra are holders of the Glen Prior Award, the Murray Sharp Award, the Olwen Game Award (all coveted awards for chamber music) and the George Logie-Smith Perpetual Trophy for Performing Excellence. They have also won the Victorian Secondary Students’ Chamber Music Award for ten years. The Huntingtower String Orchestra has performed with soloists Prudence Davis (flute), Jeffrey Crellin (oboe), Geoffrey Payne (trumpet), Julie Payne (trumpet), and Eric Bramble (french horn) – all principal players with the Melbourne Symphony Orchestra. The orchestra has also been conducted on several occasions by world renowned conductor Professor John Hopkins OBE, the orchestra’s patron.

The Orchestra toured Europe in 2012 giving concerts to capacity audiences in Austria, Germany, Italy and France. It has also toured New Zealand on three occasions and has performed at many special concerts and Festivals whilst on tour throughout Australia. The orchestra has also given several live broadcasts on ABC Radio. 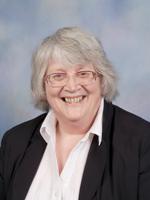 Lynley Bramble graduated from the University of Melbourne with honours in performance in violin and piano, receiving the Bertha Jorgensen Award in her final year. She attended many National Music Camps and was a member of the Australian Youth Orchestra for five seasons including one season as a soloist. After graduating she joined the Adelaide Symphony Orchestra First Violin section, subsequently being appointed to a principal position.

Lynley has conducted and tutored at State Music Camps in Adelaide and Melbourne and has been a member of many chamber ensembles including the Adelaide Chamber Orchestra and the Carmyle String Quartet.

She has always been keenly interested in music education and in the creation of involvement opportunities in choirs and ensembles. Lynley is Director of Music at Huntingtower where she has introduced, tutored and conducted many award winning orchestras, bands and ensembles.