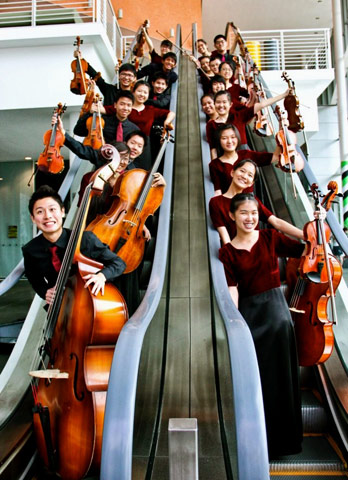 A wide spectrum of personalities, yet all bound together by the thread of passion for music. The National Junior College String Orchestra (NJCSO) is one of National Junior College's oldest performing arts ensembles, currently under the flourishing baton of Mr. Han Oh. It comprises enthusiastic musicians who strive to grow together musically as a community. The Orchestra has performed in front of many distinguished guests including President Tony Tan Keng Yam and Prime Minister Lee Hsien Loong.
Scintillating performances include their annual concert Muse-ique and collaborations with other performing arts groups, such as the NJC Piano Ensemble. In 2011 and 2013, the Senior High section of NJCSO took part in the biennial Singapore Youth Festival, where they achieved the Gold award and Certificate of Distinction respectively! NJCSO also organises the annual NJC Talentime, a platform for NJC students to showcase their talents, promoting performing arts of all forms in NJC.
A vibrant and dynamic community, NJCSO aims to bring people from all generations together through music! 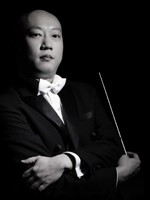 Hailed as one of Singapore’s most versatile musicians, Han has attained top accolades from performing with acclaimed international artists from most musical genres. Upon his return to Singapore in 2007, Han has been actively involved in the local performing arts scene, contributing his expertise to numerous musical arts groups of different genres.
Classically, Han served as Principal Violist for numerous orchestras including the Colorado Mahler Festival Orchestra, Asian American Philharmonic Orchestra, the San Francisco Lyric Opera Orchestra, and Singapore Lyric Opera Orchestra in which he has led its viola section for numerous productions. During his tenure, Han has performed in numerous concerts at prestigious international music festivals in Singapore, Belgium, Australia, New Zealand, Macau, Malaysia and Indonesia.
An accomplished concert artiste, chamber musician and conductor, Han Oh has also established himself as one of the leading pedagogues for violin and viola performance in Singapore. He has groomed a number of students who have been accepted into top music schools around the world such as Indiana University, Boston University and the Yong Siew Toh Conservatory of Music.
A highly sought-after educator, Han has also coached viola sections for Anglo- Chinese Junior College, ACS (Independent), Nanyang Girls High School and Raffles Institution. He serves as a viola instructor for the Singapore National Youth Orchestra and serves as both conductor and instructor for the National Junior College String Orchestra, and the Methodist Girls Secondary School String Ensemble.