The New Jersey Youth Symphony (NJYS) has been providing inspiring experiences to young musicians since 1979. The program offers a tiered family of orchestras and ensembles over a wide spectrum of musical ability, led by top quality conductors. The most advanced and prestigious of the orchestras is the Youth Symphony, conducted by renowned conductor, Jeffrey Grogan. The Youth Symphony is compiled of roughly one hundred highly qualified and talented students, who have achieved high musical honors. NJYS is committed to providing the absolute finest musical training for young people and is known for its high standard of excellence throughout the United States and internationally. Youth Symphony has performed recently in Carnegie Hall (February 2013) and in the Musikverein, concert hall of the Vienna Philharmonic (June 2012). They have recently collaborated with many composers including Amanda Harberg, Lowell Liebermann and Mark O’Connor. They can be heard on the OMAC label performing Mark O’Connor’s March of the Gypsy Fiddler with the Ahn Trio. 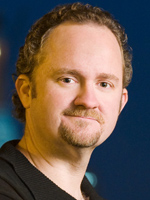 Jeffrey Grogan is the Artistic Director and Conductor of the New Jersey Youth Symphony, and oversees its eleven ensembles. He has served as the Education and Community Engagement Conductor of the New Jersey Symphony Orchestra (NJSO) since 2006 leading NJSO in a variety of concerts each season. His humanistic approach to leadership, coupled with a strong command of skills as a musical communicator, has earned him an impressive reputation with audiences and music programs throughout the country. Grogan also serves as Artistic Director and Conductor of the Greater Newark Youth Orchestra, and the InterSchool Orchestras of New York. In addition, Grogan was recently appointed Artistic Director of two El Sistema inspired music programs; the Paterson Music Project in Paterson, New Jersey sponsored by the Wharton Music Center and the NJSO launched CHAMPs (Character, Achievement and Music Project) in Newark, New Jersey. Grogan considers his work with young musicians to be the cornerstone of his career. He has served as adjudicator, conductor, and clinician for several prestigious national festivals including the National Orchestra Cup at Lincoln Center, the Honors Performance Series Orchestra at Carnegie Hall, and Music for All. His work with schools in New York City has been made possible through the Tony Bennett Foundation, “Exploring the Arts.” He has also conducted numerous all-state orchestras throughout the US including his home state of Texas as well as performances with the Little Orchestra Society of New York, and the Reno Philharmonic, among others. Furthermore, he has participated in the prestigious Bruno Walter National Conductor Preview - a showcase appearance with the Nashville Symphony Orchestra - sponsored by the League of American Orchestras.
Grogan graduated from Stephen F. Austin State University with a Bachelor of Music Education where he was named outstanding music alumnus in 2004. Additionally, he holds a Master of Music in Conducting/Horn Performance from the University of Michigan. Prior to moving to the New York Metropolitan Area, Jeffrey Grogan was on faculty at the University of Michigan, Baylor University and Ithaca College where he was Associate Professor and Director of Orchestras. His earliest teaching experience was in the public schools of Desoto Independent School District in Texas. Grogan is extremely grateful to the inspiring teachers he has learned from throughout his life including Charles Gavin, Gary Lewis, H. Robert Reynolds, Gustav Meier, Stephen Peterson, Larry Rachelff, Don Schleicher, Carl St. Clair, and John Whitwell.