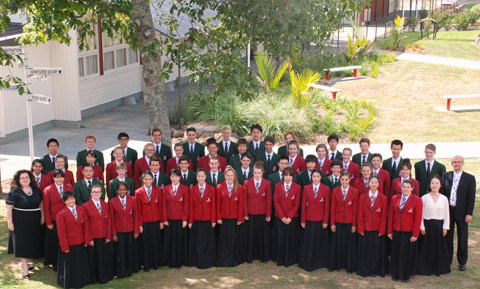 Choralation is the premier choir for Westlake Girls and Boys High Schools. Formed in 2005, it has quickly earned a reputation for excellence in choral performance. It is the most successful choir in the history of the New Zealand National Schools Choral Festival the "Big Sing", winning the top award (the Platinum Award} for four of the last five years. Current national champions, they also claimed the prize for "Best Performance of a New Zealand Work". In 2009 the choir represented all New Zealand secondary schools at Sing Aotearoa 09, the NZ national choral conference where they shared a concert with the national chamber choir Voices NZ Chamber Choir. In 2010 Choralation undertook their first international tour giving concerts throughout the United Kingdom to critical acclaim. In 2013, they joined with the NZ Youth Choir, Voices NZ and the University of Auckland Chamber Choir choir in a sold out and critically acclaimed performance of Britten's War Requiem. Many past members of Choralation have gone on to be members of the three National Choirs, in fact, Westlake Alumni form a quarter of the current NZ Youth Choir. 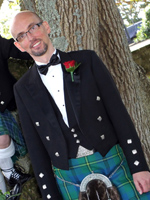 Rowan Johnston is Head of Department Music at Westlake Girls High School where he conducts their premier choir, Choralation. He completed his Music degree at Victoria University of Wellington where he majored in Performance Voice and Composition. Rowan is a former member of both the New Zealand Secondary Student's and Youth Choirs and currently sings in the national chamber choir, Voices New Zealand Chamber Choir. Rowan also sings with the choir at Holy Trinity Cathedral Auckland and the a cappella octet the V8 Vocal ensemble. In his spare time he plays with the highly successful celtic band Shaskeen Reel. Rowan was on the artistic team for the NZ Secondary Student's Choir from 2002 - 2006. In 2011 he conducted some of the anthem choirs at matches for the lRB Rugby World Cup. In 2012 he was a clinician and lecturer at the inaugural Choral Connect conference run by the NZ Choral Federation for choral directors. In 2013, he was the adjudicator and choral clinician for the Rhapsody Rotorua International Music Festival. In January 2014 Rowan was the guest international conductor for Australia's national secondary school choir, the Gondwana Singers.