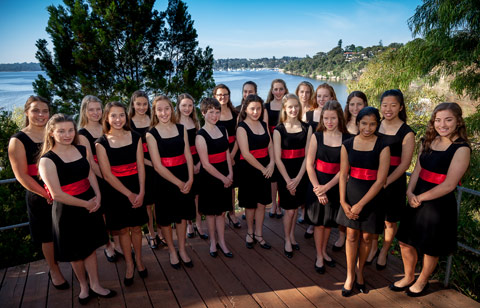 The Methodist Ladies' College Barbershop consists of 20 auditioned girls between the ages of fourteen and seventeen who are also members of the Methodist Ladies' College Chorale. The Barbershop has been an integral part of the Music Department at the College for over ten years and continues to delight audiences with their mixture of contemporary tunes, jazz, classics and old favourites. The girls have received numerous awards and accolades and are often in demand to perform at local festivals and community events. In 2011, they competed at the World Choir Championships and achieved a Silver Medal. The Barbershop girls have also been building close ties with the local barbershop community, including Perth Harmony Chorus (2013 Gold Medallists at the Australian Championships), and have been working with their director and barbershop expert Carole Macintyre as they prepare for the 2014 European Music Tour and the World Choir Games. 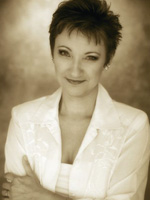 Carole’s career in singing began officially in 1985 when she entered the world of Barbershop singing. Since that time Carole has dedicated herself to learning and training; absorbing as much information as possible and developing her own technique and teaching craft through study and performance of a variety of singing methods. During the past 29 years she has represented Australia at an international level many times in both a’cappella quartets and choruses. In 2010 Carole attained Master Director status from Sweet Adelines International when Perth Harmony Chorus won the Australian National Barbershop competition. Under her direction the chorus attained its highest world ranking in 2008, at the Hawaii International Championships. Carole completed a Bachelor of Education and has experience teaching music to both primary and high school students, providing learning experiences in solo, choral and music theatre performances. In 2011, under Carole’s direction, The Methodist Ladies College Barbershop Group received a silver medal at the World Choir Games in Graz.