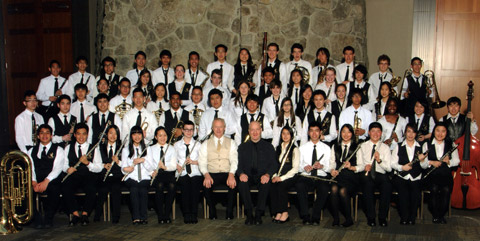 Johnston Heights Secondary is a public high school located in Surrey, a suburb of Vancouver, Canada. It is the largest School District in British Columbia. Johnston Heights has 1450 students and is known for its multicultural composition. With over 540 students enrolled in the music programme, the instrumental ensembles include 4 Concert Bands and 2 Jazz Ensembles. Mr. Holmes teaches the Grades 9 through 12 Choir Program, and has brought both the Senior and Chamber Choirs to the festival. Many of our band members play in our jazz bands and sing in our choirs as well.

Although our school carries an inner-city designation, we are the only school in the Surrey School District to have been chosen for the International Baccalaureate program’s ‘Middle Years Program’, which began this year for all students entering grade 8.

The Band will perform in the non-competitive part of the festival. We look forward to sharing our music with you. 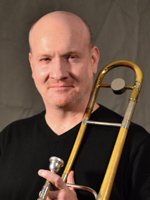 Mr. Honeywell began 20 years ago by teaching part-time band in a small town in Alberta. After moving to British Columbia, he taught as an itinerant Band teacher until he was hired to teach at Johnston Heights Secondary school, where he has been for the last 12 years. He has studied conducting at University of British Columbia, and computer technology for education through Simon Fraser University. He has served as a committee member of the Surrey’s Envision Jazz Festival, and works with the Surrey Music Educators Association as secretary. When not teaching, he enjoys playing jazz trombone in clubs around Vancouver.