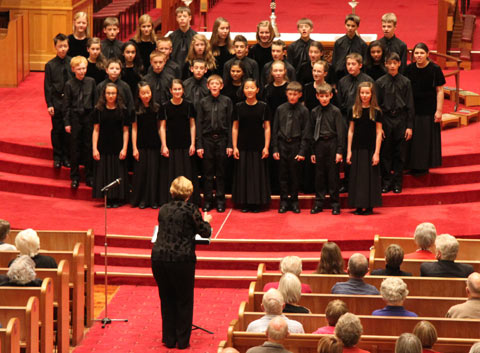 For forty years the Colorado Festival Singers has brought its artistry and charm to audiences throughout the world. With a diverse repertoire ranging from fully staged opera and musical theater to standard choral compositions in classical, folk and popular traditions, the Chorale performs with an innovative stage presentation and a unique theatrical spirit.

The Colorado Festival Singers is located in Denver, Colorado, a city found near the center of the United States. Denver has a large metropolitan area population of more than 2.9 million. Called the “Mile High City” because the elevation of Denver is officially 5,280 feet above sea level, the city is surrounded on the west by the Rocky Mountains and on the east with prairie and plains. Denver enjoys 300 days of sunshine a year, and has the country’s largest city park system with 205 parks, providing plenty of opportunity to enjoy the sunshine with outdoor activities. The Denver Performing Arts Complex is the second-largest center for performing arts in the country; only New York City’s Lincoln Center is larger. While Denver is also a big sports town, its citizens provide more public funding per capita for the performing arts than any other city in the U.S.

Under the leadership of Artistic Director Deborah DeSantis and Executive Director Diane Newcom, the Colorado Festival Singers annually trains 500 members between the ages of 7 and 14 from all ethnicities and socio-economic backgrounds representing more than 180 schools in the Denver metro area and beyond. Since its founding in 1974, the Chorale has sung countless performances with some of the world’s finest performing arts organizations and has appeared with world-renowned artists Placido Domingo, Zubin Mehta, James Levine and Richard Hickox. It also has performed for numerous dignitaries, including Pope John Paul II and the Dalai Lama, as well as presidents, emperors and first ladies of the world.

The Performance Program includes a series of self-produced concerts, numerous performances with other Colorado arts organizations and touring around the world. In addition to the Performance Program, the Chorale’s mission includes an extensive Education Program, which was awarded a National Endowment for the Arts grant and received an Education/Outreach Award from Chorus America.

The Chorale performs by invitation across Colorado, nationally and internationally. Tours have taken the Chorale across the U.S.A., including performances at both regional and national American Choral Directors Association conferences, the White House, and Lincoln Center for the Performing Arts. Internationally, the Chorale has been featured in China, Hong Kong, Brazil, Japan, Switzerland, Taiwan, Spain, South Africa, New Zealand, the BBC Promenade Music Festival in England’s Royal Albert Hall, the Ste. Baume and the AICLER Provence International Choral Festival in France and Italy, St. Peter's Basilica in Rome, the Aberdeen International Music Festival in Scotland, the World Vision Children's Choral Festival in South Korea and the Unisong Festival in Canada. For the 40th anniversary season, Tour Choir will present a series of concerts in Mississippi in February and in Colorado and Wyoming in April. 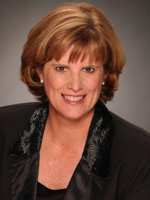 Deborah DeSantis has been instrumental in the growth and success of the Colorado Festival Singers since 1983. She regularly conducts performances throughout metropolitan Denver and has led numerous tours, nationally and internationally. Her passion for artistic excellence and music education has been a driving force in the development of the Chorale’s School Partnership program, which she established in 1994. In addition to designing and directing community performance residencies for the Chorale, she frequently serves as guest clinician and conductor for school and community children’s choral programs throughout the nation.

DeSantis has conducted seminars and workshops for Chorus America, the American Choral Director’s Association, Colorado Music Educators Association, the Choristers’ Guild and the Suzuki Institute. She has served as co-chair of Chorus America’s Children/Youth Choir Constituency.