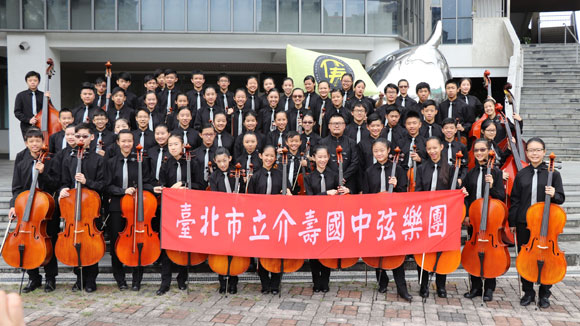 Taipei Municipal Jie-Shou junior high school is a well-known high school locates in eastern district of the Taipei city in Taiwan. As a part of tradition, Jie-Shou has spared no effort in push forward middle school education, teaching and promoting music, arts & humanities for many years. In addition, Jie-Shou owned three major & famous musical groups: Chinese orchestra, Wind band & String orchestra, all teams are strong enough to win either regional or national music competition award in every year, it’s a very special and unique case especially for the academic first cognition environment in Taiwan. Jie-Shou String Orchestra (JSSO) founded in 2011, the main purpose of the group was to cultivate a harmonious team spirit. Since founding not only students have been seriously engaged in music practice but also have school and parent support association collaboration tightly to provide the most powerful support & resource. At present, there are more than 60 members in the team, except regular class on every Friday, the team also leverage the spare time to for grouping and ensemble exercise in the weekend. Through music, not only could cultivate temperament but also can enhance instrumental performance skills, teamwork concepts, and enriching the music learning and make the mind growing, this is our faith, and it triggered us to join the SCL 2019, because we can expect to learn much more from all participants to extend the field of vision So, suit up! let's moving forward to the fantastic musical journey. 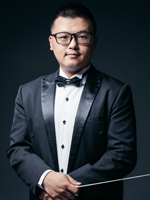