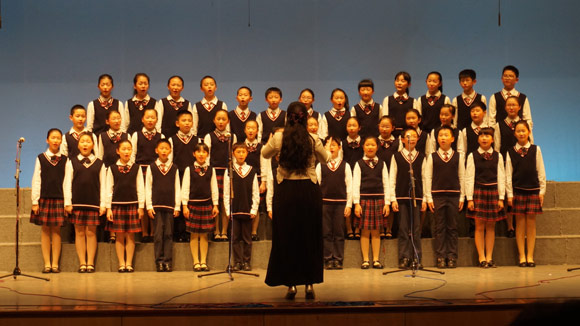 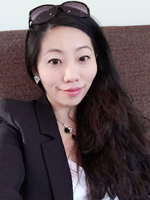 Ms. Fang Ying is currently the conductor of the Shanghai Fushan Foreign Language Primary School Choir. She is also the backbone teacher of Pudong New Area and the leader of the school music discipline. She is very good at choir teaching. She was studied under the famous choir educator Mr. Xu Wuguan. Ms. Fang Ying created an effective method for the guidance of the choir team by her own efforts and exploration. She is good at singing through the understanding and imitation of simple things. This method is appropriate for primary school students to sing. Under her leadership, the team received many honors as per below: The choir was awarded the second prize of “National Comprehensive Art Exhibition” and the best prize of Yangpu District in 1998. In 1999, the choir participated in the Shanghai October Song and won the first prize. In the same year, she attended the celebration of Hong kong returning China in Shanghai. In the"Cuckoo Choir Festival" in 2002 and the "Pudong New Area Student Art Festival" in 2011 and 2015. The team won the first prize of Pudong New Area and she won the Excellent conductor awarding; In 2007 and 2012, she directed the choir won the first prize in “Shanghai Student Music Festival" In 2011, she showed choir to visit Germany. In 2016, she led a team to participate in the “Summa Cum Laude” in Vienna and won the Gold Award for Children's Choir.