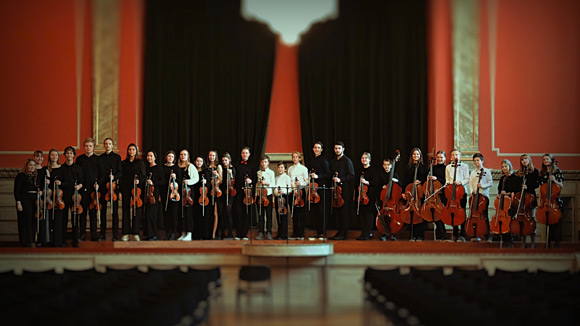 Østfold Ungdomsorkester is a project orchestra for all youths aged 12-18 playing a string instrument in Østfold county, 1 hour drive south-east of Oslo, Norway. The orchestra usually has 1-3 projects on it's own during a year, and also collaborates with other orchestras on various projects. One of their own projects is the New Year concert, where they are conducted and led by the local violin teacher Øystein K. Vingerhagen. On other occasions they have been working with, among other, Terje Tønnesen - concert master of the Oslo Philharmonics, and Alexander Rybak - winner of the Eurovision song contest. The orchestra is open for everyone to join without any audition. And although the goal is to play repertoire with a bigger ensemble and on a higher level than the local community orchestra, the social part is also a main focus. The participation in Summa Cum Laude International Youth Music Festival will be the orchestra's first tour abroad and participation in a music contest, and this time they will be led by their local conductor: Øystein K. Vingerhagen. 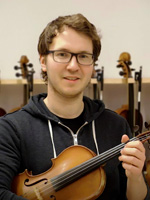 Øystein K. Vingerhagen (1988) is a violin teacher from Sarpsborg, Norway. With a bachelor in music education from the Norwegian Acadamy of Music, with violin as main instrument, he's now working as violin/music teacher at the Children's International School Fredrikstad. In addition to teaching music classes in the school how to play the violin, he also gives private lessons in the violin, and is involved in various other projects both as performer, instructor and conductor. In his youths one of the best thing he knew was going on orchestra tours and orchestra summer camp. Also leader of UNOF Østfold (the Youth's Orchestra Federation) he's working for bringing those experiences to new generations of string players. He still thinks of himself as one of the participating members on the projects he's involved in organising, although, now in his 30's, he's beginning to realise he's responsible for getting students to bed to make sure they play their best, and not the one sneaking out after dark to stay up late and chat...