VIOLINISSIMO was founded in 2004 by the violinist Ms. Ulli Buesel. The special concept means that the young musicians are led to make music independently and on their own responsibility (the orchestra plays without a conductor), whereby the respect for one another and the deep understanding of the respective pieces of music requires each individual to be fully involved in the group. Do not take part, but show responsibility - not only contribute, but actively join in and create! It is important to the artistic director that each player retains his or her individual way of making music, but still leaves room for the other members of the ensemble through attentive listening and understanding of the great musical direction. This leads to a profound intensity and expressiveness. The joy that this kind of music-making brings with it has already completely inspired the audience in many concerts. The “Chamber Ensemble VIOLINISSIMO” is the next step of this special concept and consists of 8-15 advanced members of the JKO VIOLINISSIMO. Large chamber music works are rehearsed in an almost professional manner. The most important thing for the artistic director, however, is that the young musicians contribute their own ideas and thus shape the character of the ensemble. VIOLINISSIMO was not only able to inspire the audience in the last years, but was also successful at some competitions: Winner of the Bavarian Orchestra Competition 2011 and 2015 Winner as the best Bavarian Orchestra in all categories of the German Orchestra Competition 2012 and 2016 Tassilo Culture Award granted by Süddeutsche Zeitung 2012 In the same year VIOLINISSIMO and its artistic director Ms Ulli Büsel were honored with the signature in the Golden Book of Erding (near to Munich) Rotary Music Award 2013 and 2018 Award with distinction at the International Orchestra Competition “Summa Cum Laude” in Vienna – concerts at the Golden Hall of Musikverein and at the Great Hall of the Wiener Konzerthaus 2013 Concert tours have also taken the ensemble to Singapore, Great Britain and the Carnegie Hall in New York. Since 2015 VIOLINISSIMO has had a cooperation with the Kreismusikschule Erding. 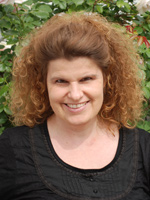 The Artistic Director Ulli Buesel was born in Austria and studied violin in Vienna and Salzburg. In 1993, she finished her studies with the concert diploma at the university “Mozarteum” in Salzburg. From 1987 until 1994, she was principal second violin player of the chamber orchestra “Sinfonietta Salzburg” and the “Salzburger Kammerphilharmonie”. In addition to solo concerts, recitals and chamber music evenings in Germany, concert trips led her to Italy, Spain, Germany, Austria and Asia. Since 1995, she has been living with her family in Erding near Munich. Besides her teaching activity, Ulli Buesel gives concerts with various chamber orchestras and as a soloist with members of the Symphony Orchestra of the Bavarian Broadcasting and the Munich Philharmonic Orchestra. Furthermore, she is a member of the Classical Philharmonic Orchestra Erding. In 2004 Ulli Buesel founded the “Youth Chamber Orchestra VIOLINISSIMO”. This resulted in several very successful ensembles, including the “Chamber Ensemble VIOLINISSIMO”. In 2015 she initiated the concert series "NachKlang" for young musicians. An open stage on which both soloists and ensembles can get to know each other and live out their creative ideas in every way. Since 2015 there is a cooperation with the Kreismusikschule Erding. Her successful teaching activities are reflected in the fact that almost all of her pupils have received prizes in regional and national competitions, regularly win selection contests and are active participants in master classes. Her greatest concern is to bring young people closer to her love of chamber music and to find a common language through respectful, attentive interaction, which dissolves all boundaries and opens the deep sensitivity for really great feelings.