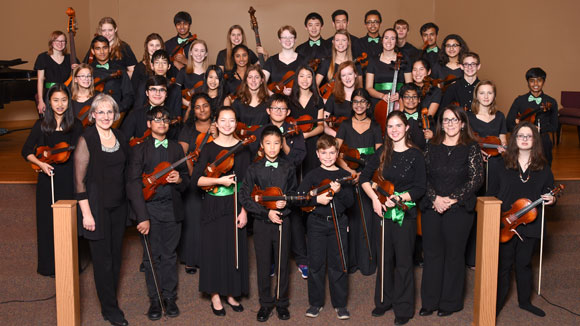 Northern Cincinnati Youth Orchestras is an auditioned Honor Orchestra open to string students Kindergarten through High School in Cincinnati, Ohio, USA. The orchestra was founded in February, 2009 by directors Carolyn Quinn and Marva Rasmussen to give young Suzuki students the opportunity to develop orchestra skills prior to joining a school orchestra, which begins around grade 6 in the Cincinnati area. Instruction has a Suzuki slant, with practice videos available on a YouTube channel, for home rehearsal. NCYO has grown from one to three orchestras: Concertino, for students in Suzuki Books 1-2; Cadet, for students in Books 3-4; and Senior, for students in Books 5 and up. Senior Orchestra has had the honor of competing at the American String Teachers Association National Orchestra Festival in Tampa, Florida, and consistently earns Superior ratings at Music in the Parks competitions, most recently at Kings Island and Cedar Point, Ohio, and Gatlinburg, Tennessee. NCYO has performed at Music Hall prior to Cincinnati Symphony Orchestra concerts, and at various Fine Arts and Music events around the greater Cincinnati area. Members of the NCYO Cadet and Senior Orchestras and their families are excited to be celebrating our 10th anniversary with a trip to Austria. 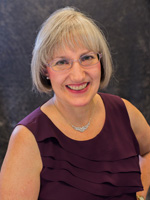 Marva Rasmussen, founder and director of Northern Cincinnati Youth Orchestras, is a professional music educator and violinist in the Cincinnati, Ohio, USA, area. In addition to her orchestra duties, she maintains a private studio of over 40 students, plays in several area symphony orchestras, has a string quartet, and teaches strings in the Cincinnati Public Schools. Passionate about igniting lifelong learners, part of her teaching responsibilities involve teaching violin to pre-school children, as part of the MusicScores! Pre-literacy program. She holds Bachelor and Master of Music Education degrees from the University of Missouri-Kansas City Conservatory of Music and Dance, and is a registered Suzuki instructor. Her students participate in solo and ensemble festivals with the Ohio Music Educators Association and the National Federation of Music Clubs Junior Music Festival, as well as the Music Development Program. She and her husband, Gary, are parents of three grown children, and make their home in Mason, Ohio. 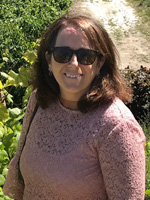 Carolyn Quinn, violist in the Butler Philharmonic, is co-founder/director of the Northern Cincinnati Youth Orchestras. Carolyn has also worked for over 20 years as an educator and is currently developing and managing a program at several schools in the Cincinnati Public School District. She specializes in the development of new programs and initiatives that produce results and generate a positive impact on the community. In addition to her work in public schools and freelance performing, she also maintains her viola studio in Ohio. Under her direction, her students consistently attain a high level of performance. She is Suzuki Registered with educational studies that include the Crane School of Music, Cincinnati College Conservatory, and Orff Certification. Ms. Quinn is excited for the students of NCYO to be able to share music with a wonderfully broad audience as well as with students from around the globe in such a beautiful setting.