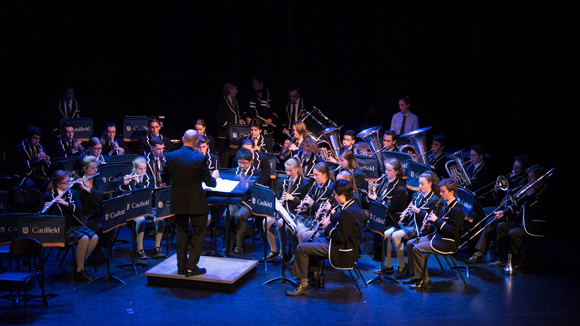 Since its foundation in 1881, Caulfield Grammar School has grown to become one of Australia's most renowned and influential coeducational day and boarding schools. Widely recognised and respected for its innovative learning programs, Caulfield Grammar School continued its strong tradition of innovation by being the first Australian School to establish an International Campus, for its own students. Supported by over sixty specialist teachers, the Music curriculum comprises of classroom music lessons from Kinder to Year 8. The classroom program is based on the philosophical principles of Kodaly – whereby all students have an instrument…. their voice! The co-curricular program is comprised of fifty ensembles, ranging from orchestras, bands and small ensembles - to auditioned chamber orchestras, stage bands and choirs. More than seven hundred individual private music lessons are taught each week and there are in excess of fifty informal and formal concerts, including the cross campus biennial School Concert held at Hamer Hall; and regular international tours. Music Scholarships also offer opportunities for all and enhance the music culture within the school. The School has two high level, auditioned Wind Ensembles that rehearse separately at our two senior campuses. Our touring Wind Ensemble is comprised of students from both Wind Ensembles and provides our students with another experience that fosters friendships and the sharing of music across our whole school and into the global community. The touring Wind Ensemble rehearses in addition to our campus-based ensembles. The touring ensemble is directed by Mr. Simon Brown (Head of Brass) and Mrs. Karen Bouyer (Head of Woodwind), having a combined 60 years of conducting and teaching experience. For the ensemble, the opportunity to travel and share our music with the wider world is indeed a privilege and something that we are very much looking forward to. 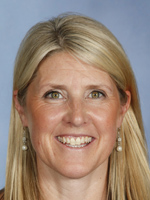 Karen Bouyer is an experienced music educator based in Melbourne, Australia. She began her teaching career in 1987 teaching clarinet, saxophone and flute at Killester College. She completed her Associate Diploma of Music in 1991 at Victoria College whilst teaching at Caulfield Grammar School, Killester College and St Kevin’s College. Karen enjoys performing in musical theatre productions, relishing the opportunity to mentor and work side by side with students in the pit orchestra. She toured New Zealand in 1989 with the Whitehorse Musical Theatre Company’s production of The Adventures of Nicholas Nickleby, and was the Musical Director for Deakin University’s production West Side Story in 1992. She currently performs with the Fields Big Band, an alumni ensemble of Caulfield Grammar School, on baritone saxophone. Karen has been involved as a tutor for Melbourne Youth Orchestras, working with woodwind students in the Melbourne Youth Wind Symphony and The John Antill Youth Band. She has directed Jazz Ensembles at the Generations in Jazz Festival in South Australia for the past nine years. In 2017, Karen completed her Bachelor of Education through the University of Tasmania. She has furthered her professional knowledge of conducting through various professional workshops and summer schools, working in particular with Mr Monte Mumford on rehearsal and conducting techniques. Karen is currently the Head of Woodwind at Caulfield Grammar School working with a team of nine other woodwind specialists. Along with instrumental teaching, Karen conducts the Wind Ensemble, a junior concert band and a junior jazz ensemble. Karen prides herself on her work as an educator of young children. She is passionate about inclusive education and the importance music plays for young people in facilitating friendships, building a sense of community and life-long learning. 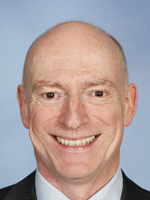 Simon holds degrees from the University of Melbourne and the University of Tasmania and has primarily studied conducting with Rob McWilliams, Monte Mumford and also briefly with Richard Gill OA, Graham Abbott and Craig Kirchhoff. In a career spanning 30 years he has taught brass in Bendigo and has been the Head of Brass at Carey Baptist Grammar and Xavier College and is currently the Head of Brass at Caulfield Grammar School, a position he has held for the past 15 years. At Caulfield, he teaches trumpet and conducts wind bands and a stage band. He has directed various Wind Ensembles, which have toured nationally and internationally through New Zealand, Europe and the USA. At tertiary level, Simon teaches Conducting and Second Instrument Brass Pedagogy for the Master of Music (Performance Teaching) degree at the University of Melbourne, Conservatorium of Music. He has also taught conducting at the Graduate School of Education at the University of Melbourne. For the Australian Band and Orchestra Directors’ Association (ABODA), he has given lectures and has been a Conducting Mentor/Tutor for the students of the ABODA Victoria Summer Conducting School. He also works as a conductor/mentor for the Victorian State Music Festival. As an adjudicator, Simon has also worked for the Royal South Street Society, the Melbourne School Bands Festival and other eisteddfods. Simon has also adjudicated at state and national levels for the Victorian State and Australian National Brass Band Championships. Simon has also directed various symphony orchestras and concert bands with Melbourne Youth Music, Victoria’s State Music Camp and Border Music Camp. Simon is also a keen supporter of community music, conducting the Box Hill City Brass Band, the current B Grade state champions of our home state, Victoria.