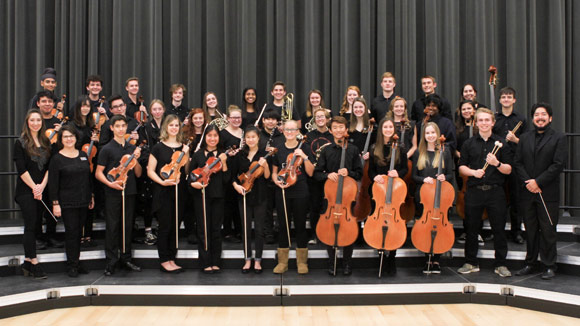 The East Texas Youth Orchestra is the premier training ground for young musicians in the east Texas Region. Birthed over 60 years ago, ETYO has grown from a small strings-only ensemble to a powerhouse of full orchestral performance. With musicians between the ages of 8 and 22, ETYO performs rehearses weekly and performs four classical concerts each season. 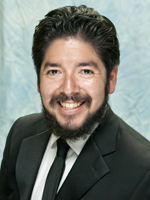 Mr. Felix Torres is the Music Director of the East Texas Youth Orchestra and the Mesquite Symphony Orchestra. He also conducts the Flutissimo Flute Choir based in Hurst, Texas which was recently chosen to perform at the National Flute Association Convention in Minneapolis, MN. Recently, Mr. Torres served as Associate Director of Orchestras at Arlington High School in Arlington, TX where he taught over 150 students across six orchestras. Prior to his arrival at AHS, Mr. Torres taught beginning strings at three elementary schools which fed directly into AHS. From 2012 to 2014, Mr. Torres was the Apprentice Conductor of the Fort Worth Symphony Orchestra. Working closely with Music Director Miguel Harth-Bedoya, he conducted the FWSO in neighborhood and youth education performances, as well as assisting Harth-Bedoya in subscription concerts at Bass Performance Hall during the 2013-2014 season. Mr. Torres has worked with various youth orchestras in both Texas and Illinois, including the Fort Worth Youth Orchestras. Mr. Torres hold a Bachelor of Music Education (2006), a Master of Music in Wind Conducting (2012), and a Master of Music in Orchestra Conducting (2014) degrees from Texas Christian University. At TCU, Mr. Torres was a Graduate Conductor with the TCU Bands and Assistant Conductor of the TCU Symphony Orchestra. He made his international conducting debut with the TCU Symphony Orchestra on their tour of Argentina in 2013. He studied orchestral conducting with Maestro Miguel Harth-Bedoya and Dr. Germán Gutierrez; wind conducting with Mr. Bobby Francis; and choral conducting with Dr. Dennis Shrock and Mr. Ron Shirey. In addition to his conducting pursuits, Felix is the Music Publishing Manager with FILARMONIKA Music Publishing, which is dedicated to the promotion and performance of music from Latin America, and is the Managing Director of Latin Orchestral Music, an online database of Latin American orchestral works. Felix makes his home in Arlington, TX with his wife and their three dogs. 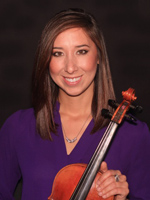 Recently appointed the orchestra director at Robert E. Lee High School in Tyler ISD, Sarah Reason brings energy and charisma to the podium. In addition to her responsibilities at Robert E. Lee, Reason is also an associate conductor with the East Texas Youth Orchestra directing the Philharmonic Orchestra, a full orchestra geared towards junior high students. For the past two years in Tyler, Reason has built a competitive orchestra program at Boulter Middle School doubling the recruitment and securing Superior ratings. In her previous post in Abilene, TX, Reason led the orchestras at Mann Middle School earning sweepstakes throughout her five-year tenure. During her time in Abilene, she worked closely with the nationally renown ensemble, "Revolution", with its director, Darcy Radcliffe. An accomplished violinist, Reason remains active in orchestral and chamber performances throughout the region and maintains a thriving private studio. She plays in regional orchestras including the Longview Symphony Orchestra. Reason received her bachelor in music education from Hardin-Simmons University and is currently pursuing her master of music in conducting from Stephen F. Austin State University.