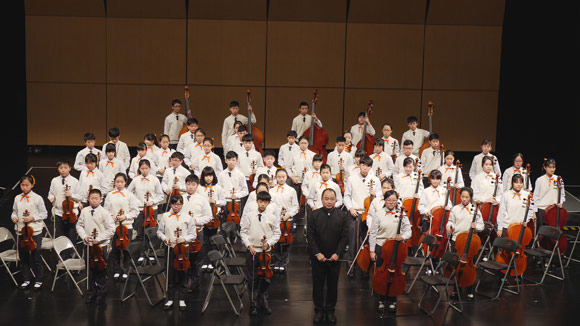 Dunhua Junior High School String Orchestra Taipei Municipal Dunhua Junior High School is devoted to cultivating optimistic and active teenagers who are sound in mind and body. In addition to student-centered teaching and learning, the school also provides abundant opportunities for students to develop their interests and talents. Founded in 2007, the Dunhua Junior High School String Orchestra has won the Taipei Student Music Competition (East District) Championship for 12 consecutive years, and also achieved great success in the National Student Music Competition. Because of our outstanding performance, we are frequently invited to perform in Office of the President and other official institutions. In July 2103 we, the only student orchestra from Taiwan, were invited to Tokyo Disneyland to celebrate Tokyo Disney Resort’s 30th Anniversary. Dunhua Junior High School Orchestra regularly conducts charity performances in hospitals and elderly nursing homes. Through the warmth of music, we look forward to developing elegant and broad-minded young musicians while connecting to the people we are playing with and to our audience. We believe, as Plato once said, “music gives a soul to the universe, wings to the mind, flight to the imagination, and life to everything.” 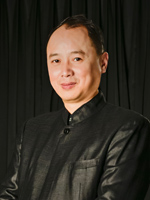