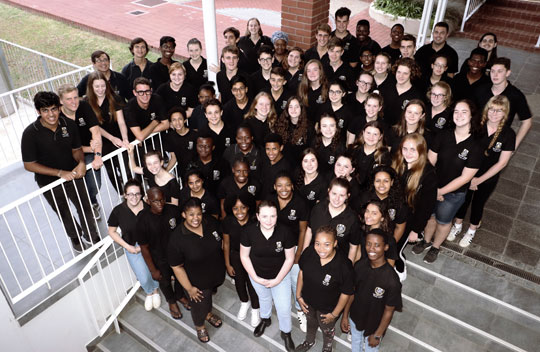 The KwaZulu-Natal Youth choir was founded in 1967 by Mr Hein de Villiers. The choir has worked under Conductors such as Mr Andries Wasserman, Pieter Snyman and Mrs Veronica van Rooyen. Gerard’d du Toit has been the Artistic Director of the KZN Youth Choir since August 1996. The KZN Youth Choir has participated successfully in International Choir Competitions since 1982. Some International awards include 1st prize, Best Balanced and presented Folklore programme and 2nd position in the Chamber choir competition (Greece 2003), 1st prize for best Mixed Youth choir at the International Johannes Brahms Choir Competition (2005), participation in the world’s biggest choir festival in Estonia (2007), and most popular choir, Seghizzi International Choir Competition (Italy 2009). In 2011 the choir was awarded first prizes at the International Antonio Vivaldi Choir Competition (Greece) in the Mixed Youth Choir Category, Sacred Music and Folklore Categories. The choir was also the Grand Prix winner. The choir has been the recipient of the most popular choir at all competitions since 1998. In July 2013, the KZN Youth Choir travelled to Florence, Italy to compete in the Florence International Choir Festival where 18 other choirs from around the world took part. This festival was aimed at professional choirs, so they were extremely honoured to be chosen to take part. They were awarded the following prizes: Silver in the Sacred Music Category, Gold in the Chamber Choir Category, Gold for Best Female Soloist (Pearl Khwezi) and Gold for Best Contemporary Arrangement (Gerard’d du Toit for “Sounds of Africa”). July 2015, the choir competed in Poland in the BIM Music Festival and Competition in Bydgoszcz where they walked away with the first-place award from The Minister of Culture for the Choral section as well as a cash prize. The Choir competed in July 2017 in the Golden Voices of Barcelona competition where they won gold and first prizes in all four categories entered, (Academic singing, Sacred, Gospel and Folklore). In August 2017 the KZN Youth Choir celebrated their 50th anniversary. The choir aims to compete in the famous Summa Cum Laude competition in Vienna in July 2019. 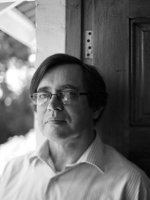 Gérard’d du Toit, currently Director of Music at Clifton school Durban, and Artistic Director of the KwaZulu-Natal Youth Choir and Bel Canto Chamber choir, started his career at the Drakensberg Boys’ Choir School from 1986-1989. Highlights include accompanying the Drakensberg boys’ choir on their 21st anniversary tour to Europe in 1988 where the choir performed in the Notre Dame (Paris, France) and with the Vienna Boys’ choir school (Vienna, Austria) as well as the Namibian tour in July 1989. His involvement with the Drakensberg Boys Choir school led to his postgraduate studies at the University of Pretoria specialising in choral conducting and writing a thesis on the formal training of the boy’s voice when mutating. It is his energetic and spirited leadership with the KwaZulu-Natal Youth Choir from 1996 that led to examining and adjudicating in European countries such as Estonia (2004, 2007); presenting a week-long choral course on South African Choral music in Ljubljana (Slovenia) under the auspices of the Ljubljana Madrigalisti (2005) and acting as the SA partner of the Choir World Games in Xiamen, China (2006). He has also served on judging panels for choral competitions such as the prestigious Cecilia Seghizzi International Choir Competition (Gorizia, Italy 2010), the BIM international music festival (Bydgoszcz, Poland 2016) and Sopot (Poland, 2017). As International clinician Gérard’d lectured conductors on how to prepare a choir for an international competition, Stylistic Interpretation of Choral Works, and conducting techniques. Gérard’d conducted the SA National Youth Choir in 1997. He attended Advanced Masterclasses in Conducting by Prof Volker Hempfling (2001), Jonathan Valesco, Branko Stark (2006) and Robert Sund, Sweden, (1997, 2002, and 2006). Awards include: Outstanding Choral Conductor by the South African Choral Society in 2005, Best Conductor at the International Vivaldi Choir Competition in Karpenissi, Greece 2011, Special Award at the Florence International Choir Competition Italy 2013. Gerard’d serves as examiner for the Independent Board Examinations. Gerard’d du Toit is married to Heléne and is the father of three boys.