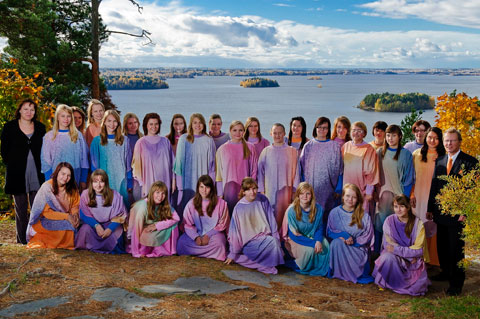 Sympaatti Choir is conducted by Pekka Nikula who also established the choir in 1981. The choir has adapted her name from the song “Sympaatti” by Aulis Sallinen. The singers of the Sympaatti Choir study in music classes in secondary or high schools in Tampere. Most of them have earlier been members of Tactus Choir for 2-3 years. Tactus is the children´s choir of the music classes in Tampere.
There are 28 singers aged 13-21 years in the choir at the moment. They are experienced , versatile musicians who form string quartet and various ensembles to accompany the choir when needed.
The goal in choral singing in Sympaatti is a rich vocal production, good expressiveness, liveliness, sensitiveness and musical talent.
Sympaatti has got a lot of critical acclaim both nationally and internationally for versatile choreographies and large choral productions e.g. “Adiemus-Songs of Sanctuary” by Karl Jenkins and “Suden aika - The Age of the Wolf” by Tellu Virkkala.

Highlights of the choir
• 1990 First prize in the contemporary category Kathaumixw Choir Festival in Powell River, Canada
• 1992 Second prize in a choir competition in Arezzo Italy
• 1994 Llangollen Wales: Second prize in Youth Choir Category, Second prize in Female Choir Category
• 1995 Youth Choir of the year 1995-96 nominated by The Finnish Broadcasting Company
• 1997 Finnish premier of Adiemus - Songs of Sanctuary by Karl Jenkins
• 1998 taking part at the ISME world congress at Pretoria South Africa
• 2000 Prize of honour given by the Finnish Broadcasting Company of the best choir CD of the year 1999
• 2000 Choir of the World Grand Prize and first prize in the contemporary category at the Kathaumixw Choir Festival in Powell River, Canada
• 2002 First prize in the Music festival of the European Youth in Neerpelt Belgium.
• 2006 First prize in the folksong competition of Pärnu International Choral Festival, Estonia 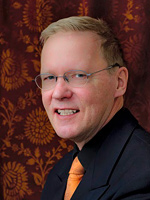 Pekka Nikula is the retired principal of the music classes in Pispa school, Tampere. He started his career in choral life by singing 11 years in the student choir of Tampere University. During many instrumental studies he quickly noticed that the choir is his real instrument. He has studied choral conducting under the lead of Harald Andersen and Ilkka Kuusisto. He established Sympaatti choir in 1981 and has conducted several choirs, ensembles and the Big Band of the music classes in Tampere. Nikula has also arranged a part of the choir´s repertoire.

Lotta Lintula
The former soprano of the choir, voice therapist Lotta Lintula has been working as the vocal coach of the Sympaatti choir from the year 2002