Cantemus tours annually and has visited locations throughout Canada, the United States, the Caribbean and Europe. Tour highlights include singing at the Young Prague Festival in the Czech Republic; at Carnegie Hall (New York); at the World of Children’s Choirs Conference in Vancouver; and at various locations in Cuba, performing with that country’s most celebrated choirs, including Vocal Leo, Coralina and Exaudi Chamber Choirs of Havana. Cantemus, together with PTV Men, were the first Manitoba choirs to be invited to the prestigious “Festival 500” held biannually in St. John’s Newfoundland. These young choristers distinguished themselves on this world stage. This season, Cantemus and PTV Men are delighted to have been have been invited to participate in the Summa Cum Laude International Youth Music Festival in Vienna.

The girls are regular guest artists with Winnipeg’s professional orchestras and choirs; Winnipeg Symphony Orchestra, the Manitoba Chamber Orchestra the Winnipeg Philharmonic Choir and the Winnipeg Singers. They are also active in the larger community where they share their music in concerts devoted to peace issues, and with attendees at national and international conferences held in Winnipeg.

PTV Cantemus is a consistent winner in festivals and competitions. The choir, together with PTV Men was finalists in the 1998 National CBC Amateur Choir Competition, the only year the choirs competed in this internationally recognized radio choral competition. Cantemus placed second in Canada in the Youth Choirs (Equal Voice Category). In 2006, Cantemus was awarded gold and silver trophies in The Young Prague Choral Festival in the Czech Republic. In 2010, Cantemus was the provincial winner in the National Festivals Choral Competition and went on to win the prestigious National George S. Mathieson award for the most outstanding youth choir in Canada. 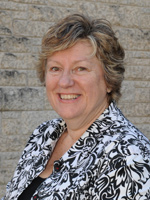 Ruth has enjoyed a varied career as a music educator in the fields of Elementary Music education and Choral Music. A graduate of Brandon University, Hamelin University (St. Paul, MN) and Memphis State University, Ruth has worked with students in kindergarten through grade twelve, and has been privileged to teach a variety of courses at the University of Manitoba for over twenty-five years.
As well as working with Pembina Trails Voices, Ruth enjoys working with the children, youth and adults at Westworth United Church where she is the Director of Music. She also works with the U of M in the summer session where she teaches Basic Orff, Level Three in the School of Music’s Orff Certification Program. Ruth was the first recipient of the Morna-June Morrow Award for Excellence in Music Education in Manitoba, was awarded the Winnipeg Branch of the Manitoba Registered Music Teachers’ Professional Award and was honoured to be named “Most Outstanding Director” at the Young Prague Festival in 2006. Professionally, Ruth is the Past President of the Manitoba Choral Association, and is active on the United Church’s Winnipeg Presbytery Worship Committee. May 1, 2010 Ruth was honoured to receive a Special Certificate from Carl Orff Canada and on May 2, Ruth was awarded the Lee Cameron Arts in Education Award from the Manitoba Foundation for the Arts, Inc.
She is appreciative of the support given by her husband, Dan, and their two sons Stephen (Lisa) and Michael (Mara). She is delighted to be “gramma” to Reece and Jackson!