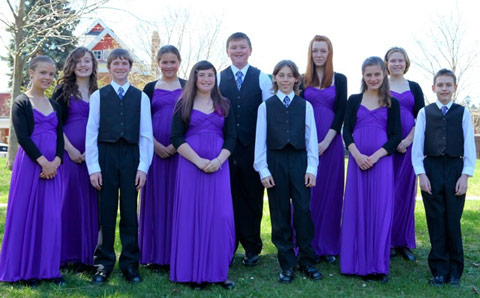 Now in its 24th season, the Georgian Bay Children's Choir is a community choir for children and youth aged 5 through 18. Members are drawn from the southern Georgian Bay region of Ontario, with Owen Sound as the major centre. Its choral training program is committed to excellence through education, performance and competition. Each level of program - The Litde Jewels, The Middle C's and The Touring Ensemble - is designed to develop musical skills and a love of choral singing.

The mission of the Choir is to engage and emich the lives of young people through high calibre choral education and experience, emiching the culturallife ofthe world in which we live. Georgian Bay Children's Choir concerts are held twice a year in December and May. In addition, the choir has numerous singing engagements in the community, including performances at seniors residences, churches, hockey games, service clubs and at other community events and celebrations. The choir has performed with the Georgian Bay Symphony Orchestra and other regional musical groups. Our Touring Ensemble has participated in festivals and competitions in Canada, the United States and Europe, and has hosted festivals and choirs from around the world. The Touring Ensemble travels frequently to participate in international music festivals.

2005 Performed 'The Russian Dolls' with the Georgian Bay Symphony 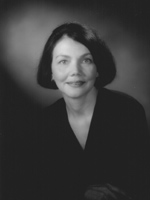 Linda Hawkins has been associated with the Georgian Bay Children's Choir since Sept. 1990 both as accompanist and conductor ofthe training choirs, and was a GBCC choir parent for nearly a decade. In 2001 she assumed conducting responsibility of all choirs within the GBCC program. Along with her current GBCC responsibilities, she teaches piano, rudiments, harmony, counterpoint and music history in her private studio. She is a member of ORMTA and volunteers with numerous community groups. Linda has received her music training through the Royal Conservatory ofMusic, Toronto, Canada. As a director of church choirs and ensembles, she has co-written, directed and produced, with her husband John, three children's musicals, including one for television. Other media work includes narration and production for radio and television. Treasured and significant influences have been organ studies with Clifford Gates and piano studies with Arlene MacNay, as well as Doreen Rao's Choral Music Experience. Linda lives in Owen Sound with her husband. They have three adult children.