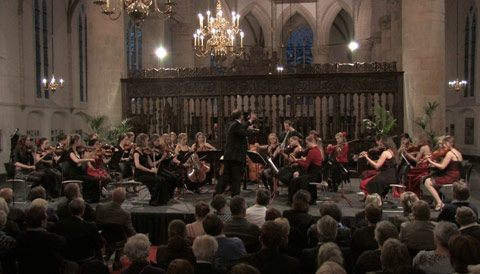 The Haydn Youth String Orchestra HJSO was founded in 1989 and consists of young players aged 12 – 19 from the northern half of the Netherlands. The orchestra offers them the opportunity to develop a specific string-ensemble-sound, playing together at rehearsals, study weekends and concerts. The HJSO gives some 20 concerts every season; young soloists are given the opportunity to perform with the orchestra. In addition the HJSO features a preparatory ensemble and chamber music activities. The orchestra has recorded some 20 high-quality CD’s and DVD’s. The founders of the orchestra have received a royal decoration for their work. 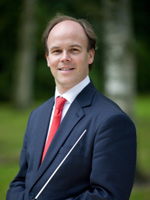 studied the cello with Jean Decroos at the Royal Conservatoire The Hague and with David Strange in London. Jan-Ype is a regular guest at summer festivals such as Luzern and Aix-en-Provence. In the Netherlands he has performed as a soloist with various orchestras and conductors including Frans Brüggen.
Jan-Ype is reserve principal cellist in the North Netherlands Orchestra, teacher of cello and chamber music at the Prins Claus Conservatorium Groningen, the Royal Conservatoire The Hague and the Peter the Great Summer Academy and an active chamber musician.
He has been the artistic leader and conductor of the Haydn Youth String Orchestra since 2005.