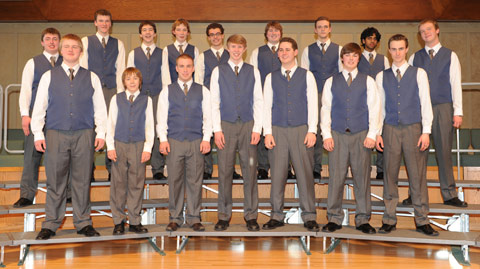 Pembina Trails Voices Men tours annually and has visited locations throughout Canada, the United States, the Caribbean and Europe. Tour highlights include singing at the Young Prague Festival in the Czech Republic; at Carnegie Hall (New York); at the World of Children’s Choirs Conference in Vancouver; and at various locations in Cuba, performing with that country’s most celebrated choirs, including Vocal Leo, Coralina and Exaudi Chamber Choirs of Havana. PTV Men, together with Cantemus, were the first Manitoba choirs to be invited to the prestigious “Festival 500” held biannually in St. John’s Newfoundland. They distinguished themselves on this world stage.
This season, Cantemus and PTV Men are delighted to have been have been invited to participate in the Summa Cum Laude International Youth Music Festival in Vienna.
The choir is a regular guest artist with Winnipeg’s professional orchestras and choirs; Winnipeg Symphony Orchestra, the Manitoba Chamber Orchestra the Winnipeg Philharmonic Choir and the Winnipeg Singers. They also support male choral singing in the city and in the province by participating in all-male choral festivals and by mentoring their younger “brothers” in the PTV program.
PTV Men is a consistent winner in festivals and competitions. Singing with Cantemus in the mixed voices youth category, the choir was a finalist in the 1998 National CBC Amateur Choir Competition, the only year the choirs competed in this internationally recognized radio choral competition. In 2006, PTV Men was awarded gold and silver trophies in The Young Prague Choral Festival in the Czech Republic. The PTV Men is a consistent gold level winner in the regional and provincial festival competitions, and it has distinguished itself by annually receiving awards for the most outstanding male choir in the province. 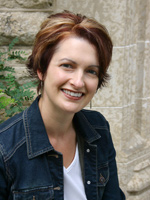 Janet has conducted choirs with Pembina Trails Voices since 2004, bridging the gap between academic work with university students and practical experience with young voices. To this end, CMU students regularly participate in the rehearsals with PTV Boys and PTV Men gaining valuable choral lab experience.

Janet studied choral conducting and choral music education with Doreen Rao, Elmer Iseler, and Charles Smith. She was the conductor of the Woodstock Fanshawe Singers in Ontario from 1997-2000, and has conducted children’s choirs, community choirs, university choirs, and taught elementary music education in a variety of settings. Frequently in demand as a choral clinician and music educator, Janet has served on the teaching faculty of the Choral Music Experience Institute where she was awarded the Artist-Teacher Diploma.  Conductor and CME Institute Director Doreen Rao described Janet as a “truly gifted and accomplished conductor and teacher [whose choirs] are a new treasure, rare, brilliant and Canadian.”

Janet is also a conductor at Bethel Mennonite Church in Winnipeg, and was a member of the Artistic Staff of the Toronto Bach Festival serving as Coordinator for the Conducting Master Class with Helmuth Rilling.