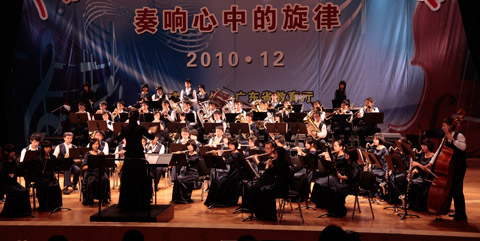 Zhuhai No. 1 Middle School Wind Band was established in February 1995, with the history of more than 15 years, it is the first big Wind Band in Zhuhai. Nowadays there are more than 60 members.

It is the overall ability of the students that the band paid much attention to. They went to many places to take part in the music communication activities, such as Singapore, Taiwan, Beijing, Macau, Hong Kong, Xi’an, etc. The activities greatly temper the band, and gradually, it became mature.

In the year 1998, the band won the first prize in National Arts Competition for Pupils and Middle School students. In the year 2002, the band went to Guangzhou to take part in the Asian-Pacific Wind Music Festival. In May 2010, the band took part in the 4th Amateur Wind Band Performing Competition held in Shanghai and they won the Bronze Prize. At the same year, just 6 months later, they were chosen to take part in the Opening Ceremony of Guangzhou Asian Games. The band won a lot of popularity from the audience.

The band members will continue pursue their art road in the hope of more and more people will love the wind music. 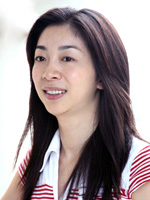 Ms. Qian Ying, the conductor of Zhuhai No. 1 Middle School Wind Band, graduated from Xi’an Music Institute. She was one of the students of Professor Xi Weilong, who is also a Clarinet Player as well as an educationist.