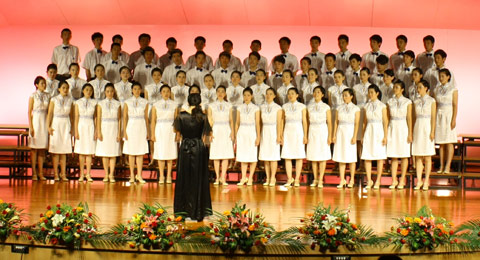 Mixed Chorus of Xiangxian High School was founded in January 2011, the 14 members of which mainly from Grade 10 and divided into four voice parts. In half a year’s training, the members achieved good balance between their study and singing interest, practicing seriously with high spirit and enthusiasm in their spare time, in the hope of demonstrating their most beautiful voice to the audience. The practice greatly promoted the students’ comprehensive quality and artistic culture, and also enriched their school life. 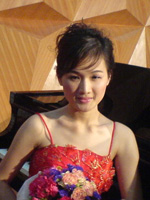 Ms. Huang Yanyun is a Music Teacher in Xiangxian High School, who majored in vocality and accordion in university and graduated from Music Department of South China Normal University in 2008.

Ms. Huang is in charge of the tutoring and practice of the chorus, and has tutored the chorus in winning the second prize in 2010 Guangzhou Chorus Festival for Schools.