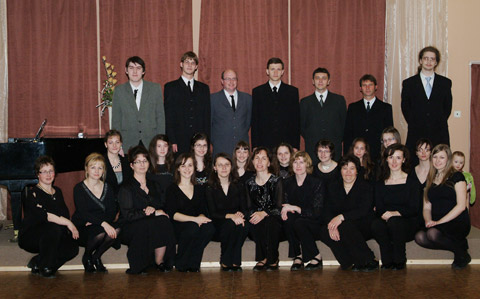 Ars Camerata mixed choir was established in autumn 2005. It consists of youngsters found of music from Kapuvar and the neighbouring region. Their repertoire includes works from the early polyphonic, Renaissance, Classical, Romantic and contemporary periods. They perform sacred music as well as folksong adaptations, Hungarian and foreign pieces.
Ars Camerata has already participated in many concerts not only in its hometown and in other Hungarian cities but also abroad. In 2011 they join an artistic festival in Villaines-La-Juhel (France). They have taken part in several charity and corporate concerts, and they often provide music on various church festivals.
In 2010 they were honoured to participate in the Celebration part of the SCL festival in Vienna. Additionally, they performed a joint concert in their hometown in the St Anna Church with Glorystar Children’s Chorus from the USA. 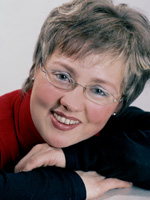