Ever since its premiere concert on October 22, 1966 in Woodstock, NB, under the baton of Stanley Saunders, NBYO has remained true to its three-pronged mandate of involving young people in orchestral performance and study, increasing the accessibility of the classical orchestral repertoire, and deepening the appreciation of classical music in local audiences and abroad. All of this is done with an unwavering focus on musical excellence.

NBYO performing highlights include performances at Carnegie Hall in New York City in 2003, Auditorium Paganini in Parma, Italy in 2005 and the Forbidden City Concert Hall in Beijing, China in 2008. As validation of its musical excellence, NBYO won an East Coast Music Award in 2008 for Classical Recording of the Year. In the fall of 2009, NBYO launched Sistema New Brunswick, an orchestral program for underprivileged children (based on the Venezuelan program El Sistema), giving the opportunity of orchestral playing to those who are often left out ¬ expressing the belief that great music is for everyone.

Currently under the musical direction and conductorship of Antonio Delgado, NBYO is on top of its game. The 2010-11 season included the world premiere of Marco Polo, The Musical, the performance of Beethoven's 5th Symphony and this exciting Vienna tour in July 2011. 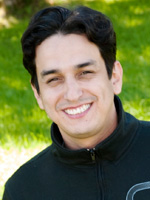 Antonio Delgado “Full of vivacity and sparkle,” (Diario El Nacional. Caracas)
Maestro Antonio Delgado owes much of his musical education to the world-renowned El Sistema program (National System of Youth and Children's Orchestras of Venezuela).
Though Delgado began on the violin, he soon discovered his love and talent for conducting. Maestro Delgado began his conducting studies with Maestro Rodolfo Saglimbeni and pursued further training at the Canford School of Music in Wimborne, England where he learned from Maestro George Hurst, among others. From 2005 to 2010 Delgado was Musical Director of the largest South American theatre, Teresa Carreño, during which time he conducted a diverse range of music, garnering particular acclaim for his “very elegant musical direction and his absolute mastery” of ballet and opera scores (Diario La Voz. Caracas).
Though he has conducted every major orchestra in Venezuela, Delgado has not hoarded his talents, as performance dates in Ecuador, Puerto Rico, Canada and Panama clearly attest. Since July 2010, Delgado has been Musical Director and Conductor of the New Brunswick Youth Orchestra and teacher in residence of Sistema New Brunswick.