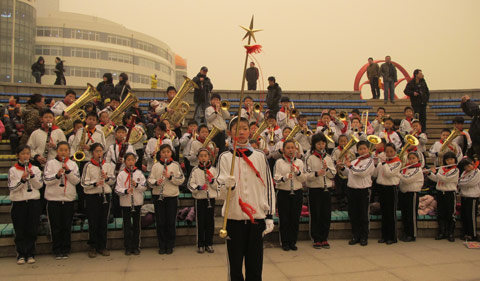 Qingdao JiaYu Guan Primary School is a provincial example education unit, which concentrates on not only the standard education programs, but young artists’ development as well. She has been elected to one of the art education example schools in Shandong Province since 1995.
The Military Band of Qingdao JiaYuGuan School was found in Nov. 1993, which was the first military band among Qingdao primary schools. During last 18 years, over 5000 students have been attracted into the band and 1/5 of them have become professional musicians. More than 100 musicians  are studying and working in professional bands all over the world.
The Military Band of Qindao Jia Yu Guan School has earned many honorable achievements and gained outstanding reputation in many competitions and official events. The band is not only a musical group, but a stage for students to present their talents. In year 2007, a vast investment was made to renew and build the professional rehersal room and performance hall. 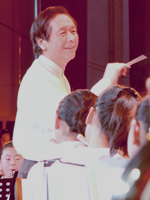