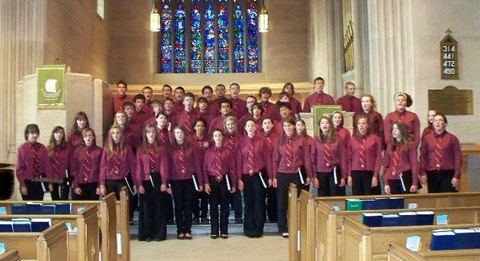 The Harbour View Choral Ensemble is a choir comprised of approximately 60 students, of Harbour View High School. They perform regularly at school functions and at various venues in the area.  The choir has won numerous awards at the New Brunswick Competitive Festival of Music. In 2007 was nominated to participate in the provincial festival, and having won provincially as the best school choir in New Brunswick, went on to the national Festival as well.

The choir sings a variety of music from a number of different styles and historic periods. The choir represented New Brunswick at Unisong 2005 – a national choral Festival held in Ottawa for Canada Day, and in 2006 the choir was one of three choirs representing Canada at the Niagara International Music Festival. In 2007 the choir participated in the 9th International Choir and Orchestra Cantus MM Festival in Salzburg, Austria, the only entry from Canada. While in Europe the choir performed in the Salzburg Cathedral, the Mirabel Gardens in Salzburg, the University of Salzburg, the Schonbrunn Palace in Vienna, St. Nicholas Church in Prague, as well as other venues in Austria and the Czech Republic.

In 2008 the choir toured New England with performances in Bangor and Portland and Boston, including performances at the Boston Science Museum and the historic Old North Church.

They released their first CD in the fall of 2006, and recorded a CD of Christmas Music in the fall of 2008, which sold out in 6 weeks. In the summer of 2009 the choir toured Italy, participating in an international choral Festival in northern Italy, and also performing in and around Florence, Rome and Venice. They released their 3rd CD in August 2009 – Urbe et Orbi: From the City to the World.

In 2010 the choir again represented New Brunswick at Unisong 2010 with performances at the National Arts Centre, the Rotunda of the Parliament Buildings, Rideau Park United Church and Knox Presbyterian Church. 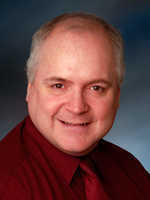 Michael Molloy was organist and choir director at Centenary-Queen Square United Church since 1978-1998, and as well has been a music specialist with School District 8 in Saint John. He is a graduate of St. Francis Xavier University in Antigonish, N.S., and received the degree Master of Music, in Organ Performance, with distinction, from Westminster Choir College in Princeton, New Jersey, and an M.Phil. from Drew University in Madison, New Jersey. Mr. Molloy was the recipient of a fellowship from the O'Brien Foundation. He has studied organ with Sr. Bernadine Burke, C.N.D., Dr. Willis Noble, Mr. Eugene Roan, and Dr. Donald McDonald. He has given recitals, lectures and workshops in Newfoundland, Nova Scotia, New Brunswick, Prince Edward Island, Quebec, Ontario, New Jersey, and New York, including recitals at Christ Church Cathedral, Montreal, and St. Thomas Episcopal Church, 5th Ave., New York. Michael Molloy is a doctoral candidate at Drew University, Madison, New Jersey, presently attempting to complete dissertation requirements for a Ph.D. in Liturgical Studies. He is a recipient of the Dean's Scholar Award from Drew University, and is also a scholar of the O’Brien Foundation. He is the author of an article on hymnody in the Roman Catholic Church, published in a text on liturgical musicology Liturgy and Music: Lifetime Learning by the Liturgical Press, Collegeville, Minnesota. He has also released a CD, Selected Organ Works, recorded on the Letourneau organ at Centenary-Queen Square United Church.

From 1991-1998 he was the director of the Cantus Chamber Choir, and in 1997 was appointed Director of Music of the Band of 37 Canadian Brigade Group, NB (3 Field Regiment RCA, The Loyal Company.) Since 1997 he has been teaching music at Harbour View High School. He is also the Fine Arts Consultant for School District 8 in Saint John.

The Harbour View Choral Ensemble is comprised of more than 70 students from Harbour View High School, in Saint John, New Brunswick. The choir sings a variety of repertoire and performs regularly at school and a multitude of community events. In 2005 the Choral Ensemble participated in Unisong, a national choral festival held in Ottawa for Canada Day, and in 2006 the choir participated in the Niagara International Music Festival. Last November the choir released its first CD, and last spring the choir won the Kiwanis Centennial Plaque as the Best High School Choir in the NB Competitive Festival of Music. In fact, the choir was the only choir from Saint John recommended to advance to the Provincial Festival. From the Provincial Festival the choir advanced to the national level. In 2007 the choir was invited to participate in the Cantus MM International Choir and Orchestra Festival in Salzburg, Austria. The choir also performed at various venues in and around Vienna and Prague. Last year they toured New England, and in less than a month 63 choir members will be leaving for an international choir festival in northern Italy, as well as concert performances in and around Venice, Florence, Lucca, and Rome.