What are the “NEUE WIENER STIMMEN“ (New Vienna Voices)? “New” is a fading label and “Viennese” applies to only some of the members of the choir, which was formed by Jürgen Partaj and Johannes Hiemetsberger with support of Jeunesse Austria in October 2010. Why form a new youth choir at all? A lot of questions, but they’re easy to answer!

Let’s start with “Vienna”, the city of music: Officially, Vienna has no broadcast choir, a lot of concert choirs and some brave school choirs. We noticed that Vienna is missing a choir – a choir which prepares young vocalists for big concert stages and helps its participants to gain initial and unforgettable experiences. Last but not least: Where to find a group of singers and friends for life that come from many different countries from all over the world?

The answer: as a part of the NEUE WIENER STIMMEN, in the heart of Vienna, every Monday evening. More than 270 vocalists followed the invitation of the Jeunesse to learn and sing under professional direction. About 70 of them have been rehearsing since October 2010. Most of them have chosen Vienna as their place of residence and education. They themselves or their families come from faraway and not so faraway places like Afghanistan, Turkey, Columbia, Slovenia, Germany, Lithuania, Slovakia, Hungary, Armenia, Poland, the Czech Republic, Estonia, Italy and the USA, as well as from different Austrian provinces – and of course from Vienna.

Why “new”? That’s simple! The NEUE WIENER STIMMEN never get old, because their members stay young: with 16 you can join the choir, at the age of 26 you will make way for younger members. New voices always find a place in the choir, which constantly stays in motion.

To sum it up: the NEUE WIENER STIMMEN are a haven for Viennese choir culture. Its singers study everything but music, but they love it and it’s a great place to sing together!

NEUE WIENER STIMMEN is an initiative of Jeunesse Austria and is supported by the Federal Ministry for Education, Arts and Culture (BMUKK). It also cooperates with institutions like the “Musisches Zentrum”, the MA 13 and MA 17, wienXtra, the Vienna School Board, the Austrian Federal Economic Chamber, the “Wiener Jugendzentren”, ”Hunger auf Kunst und Kultur” and many more. 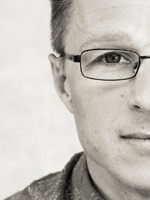 Johannes Hiemetsberger was born in Kaltenberg, Upper Austria. He established and leads the “Chorus Sine Nomine”, the vocalist ensemble “Company of Music” and the youth choir „Neue Wiener Stimmen“, which is an initiative of Jeunesse Austria. After a lot of formative musical experiences with Wolfgang Mayrhofer at the music grammar school in Linz he has been educated at the Brucknerkonservatorium Linz (Trumpet), at the Konservatorium Wien University (conducting with Georg Mark and early music) and at the University of Music and Performing Arts (music education; choral conducting lessons at Johannes Prinz) he got important impulse by Herwig Reiter and Erwin Ortner, who appointed him to the University of Music and Performing Arts Vienna in 1998.There he teaches as Univ.Prof choral and ensemble conducting and is above all an international referent of different vocal seminars and choral conducting workshops (“Europa Cantat” in Nevers and Barcelona, workshops on the Philippines and in Taiwan,…).

Since 2008 he is the artistic director of the “Stimmen-Festival Freistadt” (www.stimmen-festival-freistadt.at), which connects the quality of vocal summer courses with the fascination of a corresponding festival.

As conductor he regularly works with ensembles like the “Camerata Salzburg”, the “L’Orfeo Baroque Orchestra”, the “Wiener Akademie”, the wind section of the “Wiener Symphoniker” or the “NDR Choir Hamburg”.

Johannes Hiemetsberger has been rewarded with the Ferdinand Grossmann prize and the „Erwin Ortner Foundation“-prize for the promotion of choral music.