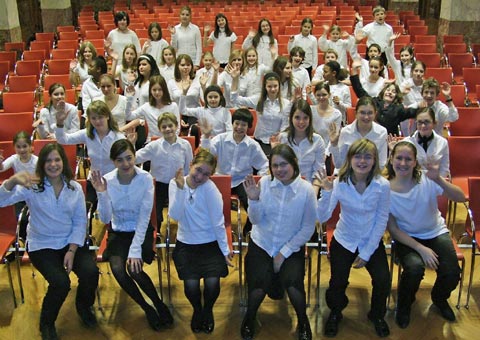 The Vienna Children's Choir was founded in February 2006, during the conceptual changes of the Singschule Wien, by its artistic director Christiane Fischer.
The 70 Girls and Boys are carefully selected by audition and are made up of the most musically talented former 'Singschul children' as well as children, looking for a choir with a high standard. 53 children between the age of 9-15, are participating in the Graz Choir Olympics in July 2008. All Children of the Vienna Children's Choir receive weekly voice coaching in small groups. Once every term there is a rehearsal weekend held in or around Vienna.
In 2007 the choir premiered at the Vienna's Youth Choir Singing, competing against many other Viennese Children and Youth Choirs, and received an excellent rating by the jury.
The Vienna Children's Choir was officially delegated by the Lord Mayor of Vienna Dr. Michael Häupl as Vienna's representative at the World Choir Games 2008 in Graz. 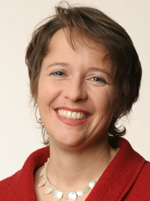 Christiane Fischer grew up in Ravensburg, Germany and studied Voice, Oboe and Music Education at the Institute of Music and Performing Arts in Stuttgart. She completed her studies at the State Academy in Trossingen, specializing in Youth Choral Conducting.

During the period 1998 - 2005, Fischer was the conductor, director and manager of the Heidelberg Children and Youth choirs, based at the Music and Voice School in Heidelberg. In 2005, Fischer acquired the position as lecturer of Voice Education, Choral Conducting and Voice at the Vienna Conservatory, and in 2006, was appointed to the post of Director of the Vienna Voice School where she launched and realized her new educational concept: the metro-area Vienna choirs, including the Vienna Children's Choir.

Fischer judges the thesis work of graduate students that pertains to musical works for schools, voice education and choral conducting of children and youth. She is a member of Prima la musica, KOMU, and EVTA Austria.