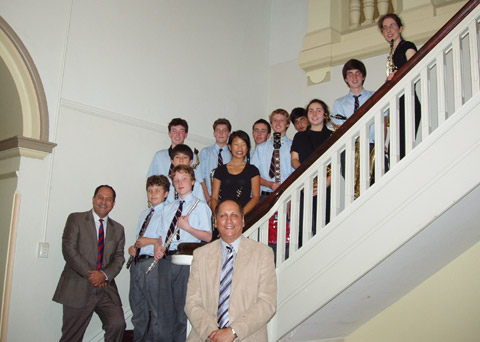 Cranbrook School, situated on the shores of Sydney Harbour in Australia, is known for its fine support of the Arts and in particular musical performance. Approximately 1200 boys attend Cranbrook from Kindergarten to Year 12 and over 450 boys study a musical instrument in the school. Many of these boys play or sing in Cranbrook's numerous ensembles and perform works from the classics to rock music.

Cranbrook School's wind ensembles, choir and string ensemble have toured Europe and performed in Vienna on two other occasions and we were joined on our first tour in 2004 by the girls of Kambala Girls School. The Cranbrook Saxophone Ensemble performed very successfully during the 2004 Vienna Youth & Music Festival.

In 2008 we are very pleased to have as part of this tour's ensemble girls from Kincoppal in Rose Bay and Sydney Church of England Girls Grammar School in Darlinghurst. Both these schools have a fine tradition of music making over many years and it is a pleasure to present the work of Cranbrook, Kincoppal and SCEGGS in Italy and Austria.

The repertoire for the full ensemble encompasses pieces from the Classical, Romantic and Contemporary Periods as well as works from popular light composers. In addition to large ensemble pieces, the students of this tour will be playing solos, duos and other chamber works chosen from a wide range of liturgical and secular pieces. 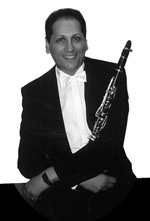 Maged Fahmy commenced his musical studies with piano lessons at the age of 8 at the Cairo Conservatorium School. He studied clarinet with the Russian soloist A. Boudris and graduated from the Cairo Conservatorium of Music completing the Bachelor of Arts (clarinet) with Distinction. He was awarded a Scholarship from the German Academic Exchange Service undertaking Post Graduate studies in Germany. He studied with internationally known clarinettists Hans D. Klaus, G. Albert and with Wolfgang Meyer in Hochschule für Musik Detmold and Karlsruhe. He completed his Doctorate in 1988. Maged Fahmyhas enjoyed success as a soloist as well as a chamber and orchestral performer. He was principal clarinettist with the Cairo Symphony Orchestra, and also played with the Stuttgart Chamber Orchestra and the Sydney Symphony Orchestra. He has appeared as a soloist with numerous orchestras in both Egypt, Germany and Australia performing the most popular clarinet concertos in the instrument's repertoire. He has also appeared regularly as a soloist in recitals and studio recordings in Egypt, Germany, and in Australia.
Maged has held a number of a senior teaching positions in Egypt (Cairo Conservatorium of Music), Germany (School of Music and Performing Arts) Gaggenau and he is currently Head of Woodwind at Cranbrook School in Sydney where he has established his reputation as a teacher and conductor of exacting demands and excellence.