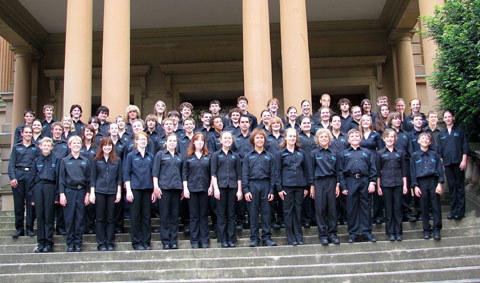 The ensemble was formed in 2005. Membership is open to all public school students from years 5 - 12 representative of schools from the Hunter/Central Coast region of NSW in Australia.

For this 2008 tour, 6 students from the New England and Riverina areas were invited to perform with the ensemble.

The ensemble has had successes at regional, state, national and international levels. This includes performances at the Sydney Opera House, Australian National Band Championships, National Eisteddfod at the national capital - Canberra, NSW Vice Regal performances for the Governor of NSW and the Pacific Basin International Music Festival in Hawaii.

The ensemble was formed as an initiative of the NSW Department Education & Training Hunter/Central Coast Region and is administered by the Regional Arts Coordinator, Lyn Cook.

The musical directors, Scott Ryan, Louise Gleeson and Michael Jobson are all young, enthusiastic and dedicated musicians working closely to ensure the aim of providing high quality musical experiences for its members is achieved. 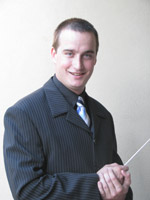 Scott's love of music began at the age of 5 years with piano lessons, followed then with instruction on the clarinet, flute, saxophone and singing. His talent in singing acquired Scott placement in the Talent Development Program (a joint initiative of the NSW Department Education & Training and the music industry.
As a school student, Scott began to direct different ensembles. On leaving school, Scott commenced a Bachelor of Music degree, and started training ensembles in schools in the Hunter and Sydney areas.
Scott performs on piano, saxophone and clarinet and is a singer with the Australian Army Band Newcastle and the Ambulance Band Sydney. He has won many honors as a conductor at state, national and international levels. In 2006 he was presented with An Award of Excellency for the development of school instrument music in the Lake Macquarie area in NSW.
Scott is employed with NSW Department of Education and Training as the instrumental programs' assistant, a position he has held since December 2006.
In 2007 Scott was the Director/ Administrator for the NSW music camps, Director/Conductor of the Junior Schools Symphonic Wind Orchestra and Conductor/ Music Director of the NSW Junior Combined Schools Regional Wind Ensemble formed from throughout NSW to perform specifically in the Sydney Opera House as part of a NSW State Music Festival.
Scott accompanied the Sydney Symphonic Wind Ensemble the USA in December 2007, visiting the Midwest Band and Orchestra Clinic held in Chicago. During these 3 weeks Scott worked with conductors including Professor Larry Curtis, Dr Glenn Price, Mr Jerry Junkin and Colonel Michael Coleburn (Director the USA Presidents own navy band)

Since its establishment Scott has held the position as Music Director/Conductor of the Hunter/Central Coast Regional Wind Ensemble. He is 24 years old.

A. Reed: "A Festive Overture"