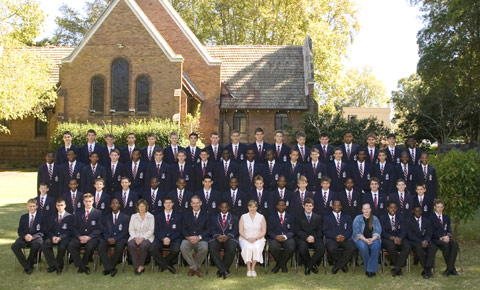 The Kearsney College Choir was reformed in January 1996 and under the guidance of the Director of Music, Angela Stevens, has developed a versatile repertoire, including sacred, secular and ethnic music and gumboot dancing.

The choir had its first tour in 1997 when it traveled to Europe and was awarded 2nd place in the choir category in the 26th International Youth and Music Festival in Vienna. In March 1999 the choir traveled to London, Paris and Budapest and in Budapest they competed in the 7th International Musica Mundi Choir Competition where they achieved 1st place in the Folklore Category and 2nd place in the Mixed Choir Category. These achievements gained the choir automatic entry to participate in the final round of the Choir Olympics which were held in Linz, Austria from the 7-16 July 2000. They achieved great success at the Choir Olympics where they obtained two gold medals and a silver as well as Olympic Champion status for the Folklore category.

The choir competed at the 33rd International Youth and Music Festival in Vienna in July 2004 where it placed 1st in the Mixed Choir Category. The choir was also awarded the "Prize of the City of Vienna" which is awarded to the top choir or orchestra at the competition. This was the first time a non-European choir was awarded this prize. They then traveled to Bremen in Germany to take part in the 3rd Choir Olympics where they achieved one gold medal, one silver medal and one bronze medal and were crowned Olympic Champions for the Folklore category, emulating the success of 2000.

In July 2006 the choir went to Hong Kong and China. In Hong Kong they participated in the International Youth and Children's Choir Festival where they were awarded a gold medal for Folklore and a silver medal in the Youth Choirs u29 Category. They then jetted off to Xiamen where they competed in the World Choir Games (formerly the Choir Olympics) and were awarded a gold medal and two silver medals. At that competition, the choir was invited to take part in both opening ceremonies in order to represent both South Africa and the African continent. 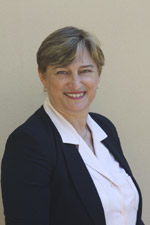 Angela Stevens has been Director of Music at Kearsney College since April 1994. Angela started her teaching career at St. Mary's D.S.G where she was Director of Music for 8 years before moving to Kearsney College. During her time at Kearsney she has led the college's choir to many a success, including being crowned Olympic Champions twice for the Scenic Folklore category at the World Choir Games (previously Choir Olympics) and being awarded the "Prize of the City of Vienna" for the best performance in all categories at the 33rd International Youth & Music Festival in 2004, amongst other awards.
Under her direction, the choir has performed at many prestigious events such as the openings of the World Choir Games in Xiamen, China, the African Renaissance Conference, the International Confederation of Principals and an invitation performance for Prince Philip. Angela was the music examiner for the Independent Examinations Board of South Africa from 2003 - 2005 and in 2006 she lectured Honours students from the University of KwaZulu-Natal in Choral Conducting. In that year she was also the Vice-President and advisor to the Artistic Director of the KwaZulu-Natal Youth Choir. Angela was appointed as a member of the international jury for Musica Mundi in 2006 and adjudicated her first competition, the 11th International Choir Competition held in Hungary, in April 2007.