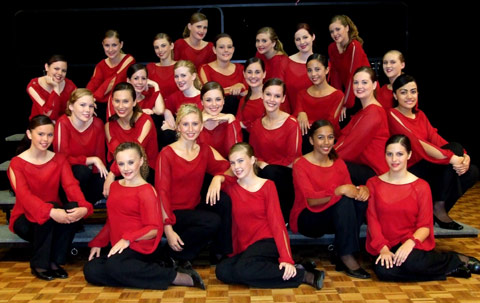 The Canterbury College Cantabile Choir is an internationally successful choir which represents Australia regularly at international choir competitions around the world. In 2000 the Cantabile Choir was awarded Third Place at the Vienna Youth and Music Festival. In 2002 the choir competed in the 2nd World Choir Olympics in Korea, receiving Fifth Place in the Youth Choirs for Equal Voices Qualifying Round. In 2004 the Cantabile Choir again competed at the 3rd World Choir Olympics, held in Bremen, Germany, where they won Three Silver Medals, thereby becoming the first Australian choir to ever be awarded a Choir Olympic medal.
In 2006, the choir travelled to Xiamen, China to compete at the 4th World Choir Olympics (now renamed the World Choir Games) where the choir not only again won Three Silver Medals for Australia (in the Youth Choirs for Equal Voices, Gospel and Popular Music sections of the competition) but they also represented the entire Oceania region by performing at the Opening Ceremony of the World Choir Games before a live audience of 8,000 and broadcast live across mainland China on Chinese television.
In recognition of their international reputation and outstanding musical achievements, the girls in the Cantabile Choir have received personal and public recognition from the Australian Prime Minister, The Honourable John Howard on several occasions. The members of the choir were also appointed as Honorary Ambassadors for Queensland Tourism by the then Queensland State Minister for Tourism, Fair Trading and Wine, Mrs Margaret Keech MP.
In addition to their overseas commitments, the Canterbury College Cantabile Choir is in high demand for corporate and community events. Past performances have included: the Australian Tourism Exchange at the Brisbane Convention Centre in May 2007, the Australian Tourism Awards in February 2006 (where they performed backing vocals for Christine Anu), Brisbane RiverFestival's Sing for Water in 2005 (performing with Kate Cerebrano), Opera in the Canefields (an annual event in collaboration with Opera Queensland), the Tourism Futures Conference at the Marriott Hotel in 2005, the 2003 National Gospel Happening in Canberra and the Opening Ceremony of the Goodwill Games, held in Brisbane in 2001.
The Canterbury College Cantabile Choir is now preparing to represent Australia once again at both the Summa Cum Laude Youth Music Festival in Vienna and the 5th World Choir Games in Graz, Austria in July 2008.
The Canterbury College Cantabile Choir is proudly sponsored by Buildev Development (Qld). 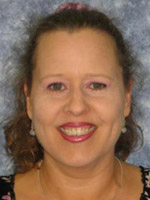 Susan Gouchee is Director of Performance Music at Canterbury College, where she has worked for over 17 years. Susan's aim as a music educator has been to inspire in young people a love of music and, in particular, musical performance. It is through choral music that she has been able to achieve this goal. Susan has developed the choral program at Canterbury College from an initial 12-voice female choir to an extensive choral program which now comprises six choirs and involves over 200 children, including youth, mixed, male and female voicing for children of all ages. In recognition of her outstanding work in music education, Susan was awarded the 2007 National Award for Excellence in School Music Education, by the Australian Federal Minister for Education. In 2008, Susan was also nominated for Australian of the Year in recognition of her significant achievements with, and dedication to, the Canterbury College Cantabile Choir.